The Federal Maritime Commission announced April 2 its unanimous decision to allow six major ocean carriers to expand the scope of their cooperation to trade routes between the U.S. and Asia and the U.S. and Europe. The G6 Alliance Agreement already allows American President Lines, Hapag Lloyd AG/USA, Hyundai Merchant Marine, Mitsui OSK Lines, Nippon Yusen Kaisha and Orient Overseas Container Line to share vessel space with each other and enter into cooperative working arrangements in the trade between Asia and the U.S. East Coast. The amendment approved by the FMC will, effective April 4, extend this cooperation to the major east-west trades, including between Asia and the U.S. West Coast and between Northern Europe and the Mediterranean and all U.S. coasts. 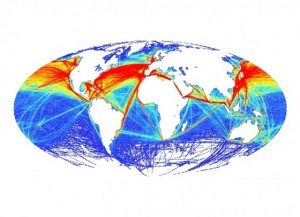 The FMC states that its approval is based on a determination that the expanded agreement is not likely at this time, by a reduction in competition, to produce an unreasonable increase in transportation cost or reduction in transportation service. Instead, FMC Chairman Mario Cordero said, “an extensive, competitive analysis” conducted by Commission staff shows that the expanded agreement “will considerably increase available capacity in the expanded geographic scope and has the potential to generate operational efficiencies.” Commissioner William Doyle explained that the amended alliance will operate an additional 17 services, for a total of 29, and that the parties intend to jointly coordinate the operation and sharing of space on about 180-220 container vessels with a maximum capacity of 14,000 twenty-foot equivalent units. Cordero said that the use of larger, more modern ships with better overall consumption/emissions per unit could have positive environmental benefits as well.