Two passenger trains have collided head-on near the town of Bad Aibling in the southern German state of Bavaria. Police reported that at least ten people have been killed and 108 injured.
The accident occurred shortly after 6:48 a.m. local time (0548 UTC) on Tuesday, about 60 kilometers (37 miles) southeast of Munich. One train derailed in the head-on collision and several carriages overturned.

“My sympathy goes out especially to the families of the nine people who lost their lives,”- German Chancellor Angela Merkel

Black boxes found
Speaking at a press conference in Bad Aibling, the German Minister of Transport and Digital Infrastructure, Alexander Dobrindt, said the front carriages of the trains were ripped in two after the vehicles collided while travelling at up to 100 kilometers per hour (62 mph).

The trains belonged to regional transport company Meridian, part of the Transdev group, while state-owned Deutsche Bahn is responsible for the track.

Due to the difficult location of the crash site, boats and helicopters were used to transport many of the wounded across the Mangfall river before they were taken to hospital in ambulances.{News Source: DW} 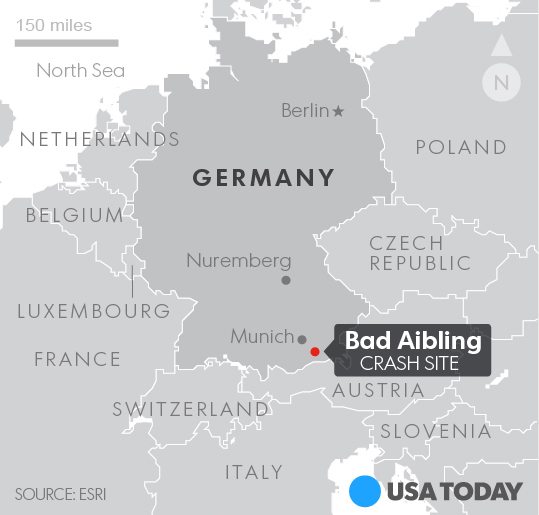 We will keep you updated