Growing Industries and Opportunities in Mexico

With near-shoring is on the rise, and Scarbrough’s offices conveniently located on both sides of the US-Mexican border, we can offer an array of services between the two countries.

Maquiladora, one of the fastest growing industries in Mexico:

What is a Maquiladora?

A maquiladora is a factory located in Mexico that is run by a U.S. or other foreign country organization Watch Video.

How does a Maquiladora work?

The vast majority of maquiladoras are owned and operated by Mexican, Asian, and American companies.

The main cities where these manufacturing companies are located are in the North, near the Mexico and USA border.  However, over the past 10 years the middle part of Mexico has become a popular location for Maquiladoras.

The Aerospace sector has more than 350 companies operating in Mexico, about 55 of these companies are from the USA.

Exports of aerospace parts were around $7 billion in 2015.

Queretaro has become a hub of aerospace manufacturing, home of major companies such as Bombardier, and GE. The other states with aerospace presence are Nuevo Leon, Chihuahua, Sonora, and Baja California.

Spectrum Aeronautical has invested more than US $300 in a project to build the first plane built 100% in Mexico, The Spectrum 40 is expected to be completed by 2018.

Opportunities for small and medium sized enterprises at the manufacturing and assembly sector, metallurgy, matching, surface treatment, structure, and materials. 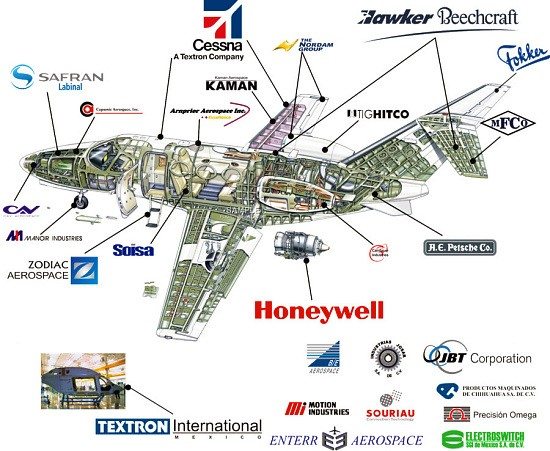 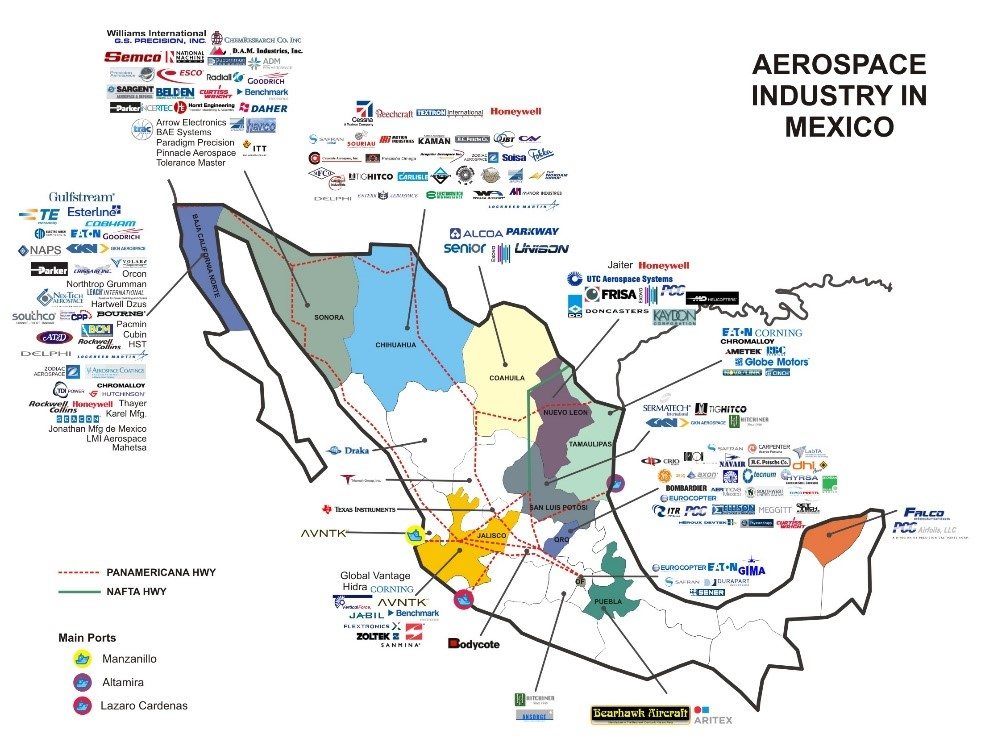 Companies in the light vehicle industry have a total of 18 production complexes located in 11 states of Mexico.

The light vehicle production reached a new historical record in Mexico with more than 3 million vehicles produced in 2015.

Mexico is the world’s eighth largest car, truck, part and component producer.  Additionally, Mexico produced roughly one in five of all vehicles produced in North America in 2015 which was double the production from the country since 2004.

The automotive and autoparts sector in Mexico has been driven by the productive presence of the top ten (light and heavy) vehicle assembly companies in the world. Some os the companies include: General Motors, Ford, Chrysler and Fiat with plants located in Cuahuila; Volkswagen, Nissan, Honda, BMW, Toyota, Volvo and Mercedes-Benz. The majority of the plants are located in Guanajuato, Aguascalientes, Queretaro and Puebla.

Business Opportunities: Mexico has access to 45 countries through its 10 Free Trade Agreements.

Local suppliers are increasingly being exposed to nontraditional markets and are developing relations with foreign suppliers.

Labor force is less expensive in Mexico, in comparison with developed countries. 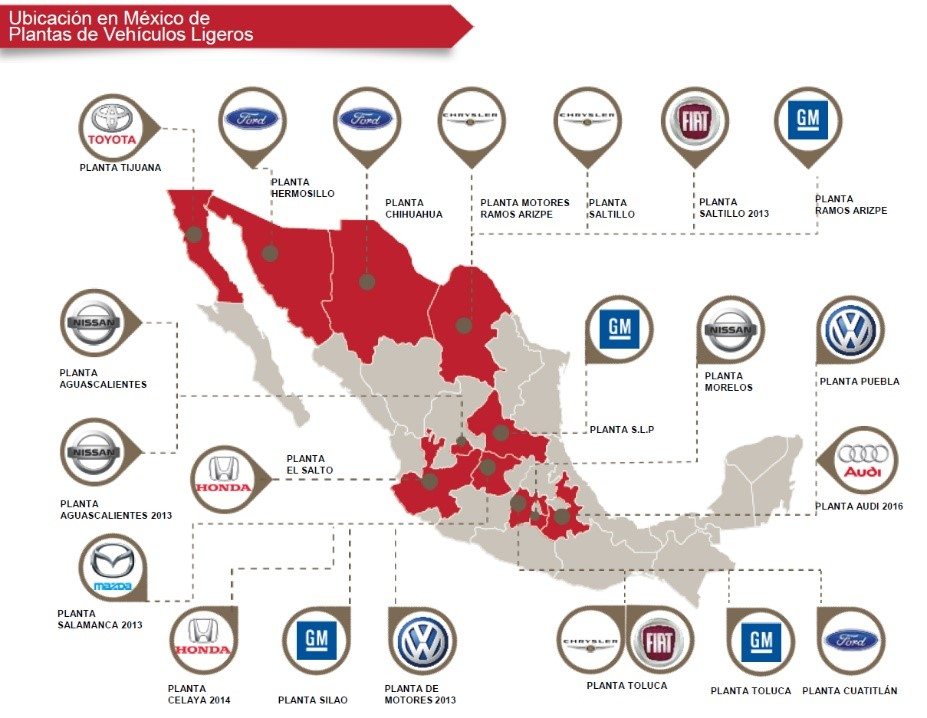 Mexico is the 12th largest pharmaceutical market in the world – the second largest in Latin America after Brazil.

It is estimated that the industry in Mexico produced 14.94 billion dollars in 2014.

The pharmaceutical industry engages in the research, development, production and sale of chemical products or bio-¬drugs used for disease prevention or treatment. Drugs, vaccines and antiserums, vitamins, pharmaceutical preparations for veterinary use, and other products comprise the industry.

The main export destinations are the United States, Switzerland and Panama, with shares in total Mexican exports from the industry of 24%, 12% and 11%, respectively. 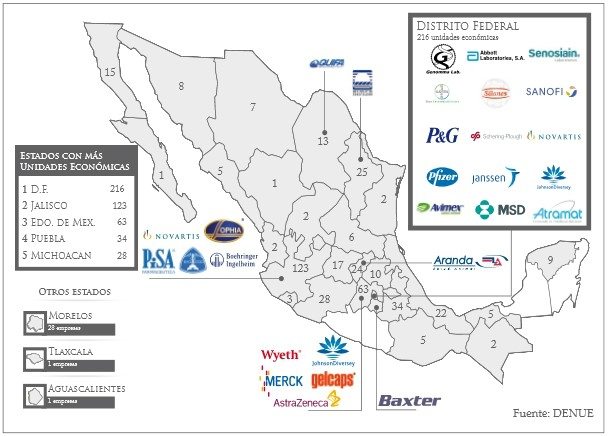 As mentioned, Scarbrough provides services on both sides of the border.  We are a US and Mexican Customs broker, US and Mexican freight forwarder, and US and Mexican domestic trucker.  Not only do we offer services as a “one-stop shop solution,” but we also assist in your training and consulting needs such as duty drawback, NAFTA documentation, and improving supply chain efficiencies.

Please contact Juan Larrea at 816-372-8344 for any questions, more information or pricing and mention this article for a free consultation!