House and Senate both introduce GSP legislation, but still leave for vacation.

To the dismay of the trade community pushing for renewal of the program prior to the Congressional summer recess, GSP was unable to be renewed prior to its expiration. The bills must now wait for them to return after Labor Day before tackling the issue yet again.

The Generalized System of Preferences which was signed into law by the President in October, 2011, expireed on July 31, 2013. The House of Representatives has introduced H.R. 2709, extending GSP through 2015, but will not be voted upon until the Senate approves similar legislation, which has been introduced in the chamber. 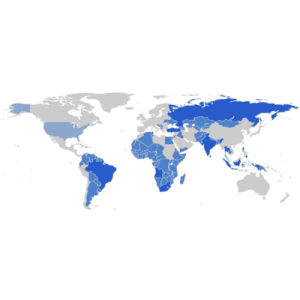 GSP provides for duty-free and reduced-duty treatment of goods from eligible countries that are laid out in the Explanatory Notes to the Harmonized Tariff Schedule of the United States (HTSUS). GSP eligibility means that importers of eligible goods do not have to pay duty. If GSP expires, importers will be required to deposit those duties with Customs and Border Protection (CBP). The Office of the US Trade Representative has a great resource explaining the program at this link.

In past years, when GSP has expired and eventually been passed a period of time later, the legislation reauthorizing the program has been retroactive, meaning that Customs has returned the duty deposited, with interest.

One tremendous site to follow the progress and to join a coalition that asks you to write to your Senators and Representatives encouraging them to renew the program is aptly titled www.renewgsptoday.com. It is put forward by the Coalition for GSP.

They have even provided a handy page for people to find and contact their Senators to encourage them to introduce and pass a bill in the Senate before the deadline.