Congress took few actions on trade during its brief session between an August recess and a break for the November elections, and the outlook for a potential lame-duck session is not overly promising either. A bill to strengthen trade secrets protection did advance in the House, and several nominees for trade-related positions in the Obama administration were confirmed. However, higher profile issues such as the Generalized System of Preferences, Trade Promotion Authority and customs reauthorization appear to have made little headway.

The House Judiciary Committee approved Sept. 17 the Trade Secrets Protection Act (H.R. 5233), which a committee press release states would amend the Economic Espionage Act of 1996 to create a federal civil remedy for the misappropriation of trade secrets such as confidential formulas, manufacturing techniques and customer lists. An International Trade Daily article notes that an amendment approved by the committee “further clarified and narrowed a seizure remedy and included a requirement that the administration provide biannual reports on what the nation’s trading partners are doing to protect the trade secrets of American businesses.” Bill sponsor Rep. George Holding, R-N.C., has said that “the current patchwork within state and federal statutes is not enough to keep pace with organized trade secret theft” by electronic means, which costs “billions of dollars and tens of thousands of jobs each year.” Sen. Orrin Hatch, R-Utah, called on the Senate to “follow the House’s lead” and enact the Defend Trade Secrets Act that he introduced with Sen. Chris Coons, D-Del., earlier this year.

The Senate Sept. 18 confirmed Nathan Sheets as undersecretary of the Treasury for international finance and Robert Holleyman as deputy U.S. Trade Representative.

Sheets had served as the global head of international economics at Citigroup since September 2011. Previously he worked at the Board of Governors of the Federal Reserve System for 18 years in a variety of positions, including director of the Division of International Finance and economist to the Federal Open Market Committee.

Holleyman served 23 years as president and CEO of the Business Software Alliance after stints as senior counsel for the Senate Committee on Commerce, Science and Transportation and legislative director to Sen. Russell B. Long. A USTR press releases states that he will help spearhead efforts on issues initially including services trade, intellectual property rights, and issues impacting the United States’ relationship with countries in South and Central Asia as well as China.

The Coalition for GSP released Sept. 16 the results of a survey showing that the July 2013 expiration of GSP has resulted in the payment of more than $670 million in higher import taxes by U.S. companies, most of which are small businesses. The report points out that with more than 75 percent of GSP importers unable to source their products from the U.S., the expiration of GSP has prompted 40 percent of survey respondents to delay or cancel capital expenditures, 44 percent to delay planned hires, 22 percent to cut employee wages and benefits, and 13 percent to lay off workers. The report argues that these effects “likely will linger even if Congress renews the program retroactively.”

While the Coalition therefore urged lawmakers to reauthorize GSP as soon as possible, the prospects for doing so are relatively dim. Inside US Trade reports that one potential obstacle appears to have been overcome by virtue of growing support for not including a refund of duties paid on otherwise GSP-eligible goods from Russia if GSP is renewed retroactively. Russia is due to be removed as a program beneficiary in the near future anyway, the article notes, and the volume of GSP-eligible imports from that country are not particularly high. However, Sen. Tom Coburn, R-Okla., remains opposed to using an extension of customs user fees to pay for a GSP extension, which would likely run through Sept. 30, 2015. The article states that another option would be to attach GSP to a larger bill but that the chances of this occurring are uncertain at best. 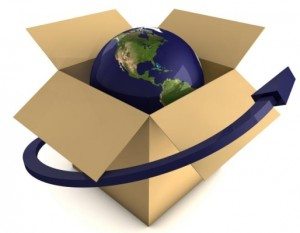 H.R. 5455, introduced Sept. 11 by Rep. Janice Hahn, D-Calif., would create a pilot program to test the implementation of 100 percent scanning of cargo containers at two selected U.S. ports. These ports would apply for the program and, if selected, would be outfitted by the federal government with technology to inspect incoming shipping containers for radiological, nuclear and other potentially dangerous material. Findings of the pilot would be shared with Congress and the Department of Homeland Security. The bill is unlikely to be supported by DHS or the trade community, both of which argue (see here and here) that 100 percent scanning has proven virtually impossible to implement at foreign ports, as required under a 2006 law, and runs contrary to the department’s general approach to risk management, which seeks to focus scarce inspection resources on the highest-risk containers.

S. 2838 and H.R. 5645 would provide duty-free treatment for certain recreational performance outerwear. A press release from the office of sponsor Sen. Maria Cantwell, D-Wash., notes that duty rates as high as 28 percent are imposed on such apparel despite the fact that domestic manufacturing makes up less than one percent of the total recreational apparel market. In response, this legislation would (a) create new Harmonized Tariff Schedule breakouts for both knit and woven recreational performance outerwear, (b) lower or eliminate tariff rates for such items, and (c) create a Sustainable Textile and Apparel Research fund to help the U.S. textile and apparel industry maintain a leading edge in the research and development of environmentally sustainable technologies by establishing a 10-year assessment of 1.5 percent on the value of imports of recreational performance outerwear.

S. 2811, introduced Sept. 15 by Sen. Charles Schumer, D-N.Y., would ban “the ten most toxic” chemical flame retardants from upholstered furniture and children’s products, such as changing table pads, portable crib mattresses, pajamas, nap mats and nursing pillows. Schumer said studies have shown that these chemicals not only have developmental effects but are also ineffective in reducing fire risks. The bill would also require the Consumer Product Safety Commission to review the safety of all other flame retardants and ban those found to be dangerous.

H.R. 5454, introduced Sept. 11 by Rep. Peter DeFazio, D-Ore., would amend the African Elephant Conservation Act to provide for trade sanctions against countries involved in illegal ivory trade. DeFazio notes that, according to the National Security Council, there is between $7 billion and $10 billion a year in global illegal trade in ivory from elephant tusks and this trade funds organized crime and terrorist organizations.