Potential GSP Renewal to Retroactively Cover All Products, Except Those From Russia And Bangladesh

Potential GSP Renewal to Retroactively Cover All Products, Except Those From Russia And Bangladesh

The House preference package, HR-1891, indicates the GSP-eligible products entered after
expiration of GSP “shall be liquidated or reliquidated as though such entry occurred” thirty days following enactment of the renewal. Importers would have to apply for retroactive benefits within 180 days of the bill’s enactment.

Duty refunds would not include interest. Senate Finance Committee Chairman Orrin Hatch, R-Utah, introduced the counterpart legislation, S-1009, on April 20. He also released his summary of the legislation on the same day.

The legislation extends GSP coverage through the end of 2017. Renewals have typically included a three-year extension, so the decreased extension lifespan may be a concession to those opponents of retroactivity, said Jon Fee, a customs lawyer at Alston & Bird. The lawmakers seem to have “split the baby,” said Fee.

“They claim it’s all about revenue neutrality, meaning they need to offset the lost revenue…But this means we’ll be right back in the soup sooner than we would have been.” 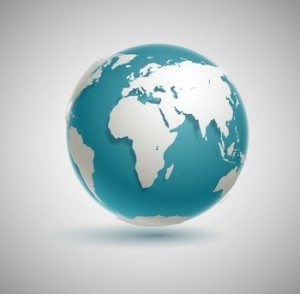 The “covered article” portion of the legislation says GSP products will receive preferential status if
they are imported from a country that is a beneficiary 30 days after the date of enactment of the renewal.
That is likely to preclude both Russia and Bangladesh, said a number of trade experts. The White House “graduated” Russia from the program in October (see 14100613), and dropped Bangladesh in 2013 in protest over labor conditions in the country (see 14042405). Committee officials on the Ways and Means and Finance committees confirmed companies are not able to claim GSP preferences for imports from Russia and Bangladesh. —BD

What does this mean?

Potential GSP renewal will retroactively cover all products, except those from Russia and Bangladesh. Duty refunds would not include interest. The legislation extends GSP coverage through the end of 2017.