Hong Kong Port Sees Growth from “One Belt, One Road”

Hong Kong Port Sees Growth from “One Belt, One Road” 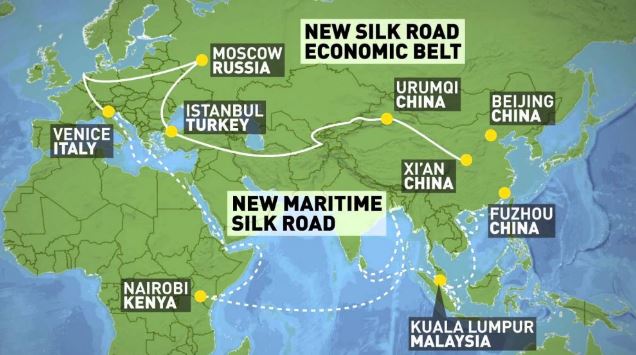 The global container sector, which transports everything from bananas to iPhones, as well as the dry bulk shipping market hauling commodities including iron ore and coal, is struggling with a glut of ships, a faltering global economy and weaker consumer demand – pressuring freight companies as well as ports that handle the volumes.

Hong Kong, one of the world’s biggest container ports, expects to benefit from China’s new silk road initiative aimed at developing trade and transport links across Asia and beyond.

“You have a lot of building materials that will need to be transported. That will have demand for shipping,” said Jenny Koo with the Hong Kong Trade Development Council (HKTDC).

“For Hong Kong, our priority markets will be Asia and the Middle East,” she told Reuters during Greece’s Posidonia shipping week in Athens.

The plan to build land, sea and air routes also known as the “One Belt, One Road” was announced by Chinese President Xi Jinping in 2013 with the aim of boosting trade by $2.5 trillion in the next decade. As China’s economic growth slows, Beijing is encouraging its companies to win new markets overseas.

“There are a lot of new projects especially in the context that there is the ‘One Belt, One Road’ initiative being pushed out,” David Cheng, of the Hong Kong Maritime and Port Board, said separately.

“We have a very strong shipping cluster and we have to attract more people in the industry to make Hong Kong as one of their operating bases.”

The HKTDC’s Koo said global container throughput via Hong Kong was estimated to grow this year by 4.1 percent and intra-Asia trade by 4.4 percent.

Trading and logistics account for 23 percent of Hong Kong’s gross domestic product and the city is targeting more shipping trade with Middle Eastern countries including Iran after international sanctions on Tehran were lifted earlier this year.

Hong Kong officials said freight activity with Iran was expected to include multiple areas such as food products and consumer goods.

“A lot of people have been dealing with Iran through third parties,” said Stephen Wong of the HKTDC. “Now that sanctions are taken away, Hong Kong will benefit … I’m sure that the trade will grow.“