The International Longshore and Warehouse Union (ILWU) met the last week of April 2017 to discuss the possibility of extending their current contract with employers which is due to expire on July 1, 2019.  According to Chris Dupin’s recent article in American Shipper, the proposal from the Pacific Maritime Association (PMA) provides for the following changes:

• A wage increase of 3.1 percent per year over the base wage rate of $42.18 per hour, which amounts to an hourly increase of $1.31 the first year, $1.35 the second year and $1.39 the third year;
• An increase in pensions, with the maximum pension jumping from $88,000 to $95,460 by 2022, however, one source said that figure was misleading since most members do not receive the maximum (Surviving spouses receive a 75 percent benefit);
• A three-year early retirement “window” for members with at least 13 years of service to encourage early retirement;
• And maintenance of benefits for the union healthcare program, with no premiums, limited deductibles and a $1 co-pay for prescription drugs. 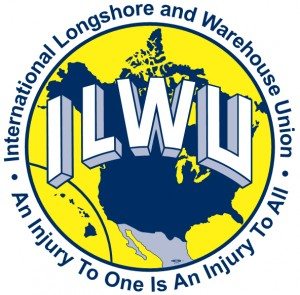 Nearly 90 delegates from 29 West Coast ports from San Diego, CA, to Bellingham, WA, who were elected by rank and file members of the International Longshore and Warehouse Union’s Longshore Division (ILWU), convened this week in San Francisco to review a wide range of issues, including an employer-initiated proposal to extend the 2014-2019 collective bargaining agreement between the ILWU and the Pacific Maritime Association (PMA).

The current contract will expire on July 1, 2019. A majority of Longshore Caucus delegates voted on April 28 to refer the employer’s proposed extension to a ratification vote by the membership.

“One of the ILWU’s Guiding Principles is that the rank-and-file members will make the best decision when they have the facts and an opportunity to decide for themselves, and that’s how this will be decided,” said ILWU International President Robert McEllrath.

“The rank-and-file membership always have the final say on any contract – including this non-precedent-setting proposed extension,” McEllrath said.

The vote will occur on a schedule according to the union’s internal rules.