U.S. West Coast shippers are a sigh of relief after ILWU delegates voted in favor of recommending the tentative five-year agreement.  The final tally will be take place May 22, 2015.

“This agreement required 10 months of negotiations — the longest in recent history — but we secured a tentative agreement to maintain good jobs for dockworkers, families and communities from San Diego to Bellingham,” ILWU International President Bob McEllrath said in a statement. “Longshoremen and women on the docks will now have the final and most important say in the process.” 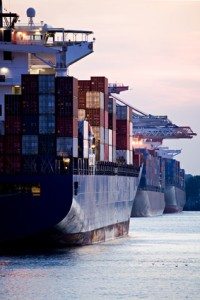 Delegates’ recommendation to accept the contract — covering 20,000 dockworkers at 29 ports — brings West Coast employers and the union one step closer to alleviating shipper anger over congestion delays that cost them at least hundreds of millions of dollars in higher shipping costs and a degree of lost sales.

Read the entire article to learn more about the proposed contract and details:  Excerpt from Journal of Commerce | By: JOC Staff | April 3, 2015