The International Longshore and Warehouse Union and Pacific Maritime Association released a joint statement on Tuesday, August 26, 2014 announcing that they have at least agreed on one topic of the continuous talks.  That topic is Health Care Benefits.

According to the Journal of Commerce, the PMA and ILWU did not disclose terms of the agreement. The announcement was only meant to show progress in the continuing negotiations.

The contract being negotiated covers nearly 20,000 longshore workers at 29 West Coast ports. The previous agreement expired at 5 p.m. on July 1. Talks began on May 12 and are continuing.  Furthermore, there has been speculation that the two sides might agree to a shorter-term contract instead of the usual six-year pact because of uncertainty about the future of the Affordable Care Act. [American Shipper]

Health benefits, including discussion of how to pay for the tax on high-benefit health care plans mandated by the the Affordable Care Act, are said to have dominated contract talks to date. 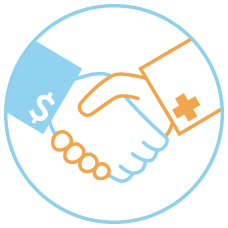 More from Journal of Commerce

It was known from the beginning that health benefits would to be one of the main issues in this year’s contract negotiation. At the JOC’s TPM conference in March, PMA President James McKenna indicated that negotiators might decide to postpone the issue of who — dockworkers or employers — must pay for an estimated $150 million per year Obamacare tax on the union’s premium health care plan. Such a direction would have resulted in a three-year agreement, which would have led to a new chapter of uncertainty shortly after the conclusion of the current negotiations. By saying there is an agreement, it seems unlikely the resolution is simply to postpone the decision pending a possible change in the law, which some see as unlikely.

Under the expired contract, employers pay 100 percent of premiums in the ILWU health and dental care plan for members and their families, and union members pay just a $1 co-pay per prescription for medicine. Since the tax takes effect in 2018, some have suggested that the union and employers can revive the issue then, in a subsequent contract negotiation.

The two parties have been meeting regularly since May 12, when negotiations officially began, but were unable, as expected, to reach an agreement before the contract expired on July 1. Both sides have jointly pledged on several occasions to keep cargo moving without disruption. Before talks began, it was noted that jurisdiction and terminal automation would also be haggled over during negotiations.

Complete coverage of the ILWU/PMA negotiations

In addition to the above announcement, the union ratified a contract with Pacific Northwest grain handlers, ending a two-year labor battle that resulted in picketing and lockouts at two terminals. ILWU heads were negotiating with the grain handlers and the PMA simultaneously, and the ratification allows the ILWU to be at the table exclusively with the PMA to hammer out a new deal.