Employers “hopeful that this will allow us to move toward conclusion of an agreement in the near term.” 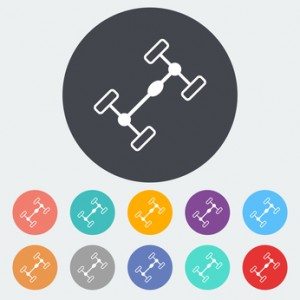 The Pacific Maritime Association said Monday afternoon that a “tentative agreement was reached on the chassis topic” with the International Longshore and Warehouse Union during contract talks on Sunday.

“We are hopeful that this will allow us to move toward conclusion of an agreement in the near term,” said PMA spokesman Wade Gates.

An ILWU spokesman said the union did not have a comment on the announcement.

The jurisdiction over chassis maintenance and repair work has been a major issue in the contract talks in recent weeks.

Fred Johring, chairman of the Harbor Trucking Association, which represents drayage companies in the Los Angeles-Long Beach area, said he did not know the details of the agreement, but said if the PMA allows the ILWU to “inspect every chassis before it goes out the gate, the trucking industry is going to have a problem with that. Particularly as it has to deal with private, our own, chassis.”

Today he says five of the 13 major container terminals in the Ports of LA and Long Beach have mandatory roadability inspections and that sometimes trucking companies have “had issues” when they have been told that equipment must be repaired.

At other terminals, truckers do their own roadability inspections and voluntarily go to roadability if a repair needs to be made, and Johring said this has been the traditional practice.

Johring says that his company has been offered a contract by another company that uses ILWU labor to repair chassis at an “exorbitant fee and that is not our idea of utopia.”

Curtis Whalen, executive director of the Intermodal Carriers Conference of the American Trucking Associations, said he did not know details of the agreement the PMA and ILWU have reached, but said “I don’t see how these two groups can contract anything as it relates to a chassis they do not own.”

He said the trucking industry wants chassis that drivers obtain at terminals to be properly maintained and repaired, and that there should be “benchmarks and measures” to assure that the unions doing the maintenance and repairs of equipment are doing a proper job.

Chassis should be safe and roadable before drivers hook up to them. If they are being flagged as the driver is leaving a terminal, he says something is wrong because chassis are supposed to be roadable and safe before they are interchanged under Federal Motor Carrier Safety Administration regulations. He would like to see tough inspections by the FMCSA.

The American Association of Port Authorities hailed the agreement and Kurt Nagle, the group’s president and CEO, said “The faster the two sides in the West Coast port labor contract negotiations can reach a just, long-term agreement, the sooner our system of ports can get back to ensuring the efficient delivery of goods, jobs, international competitiveness and overall prosperity that our nation has come to depend upon.”

Agriculture Secretary Tom Vilsack said he used his weekly memo to President Obama and the White House staff to highlight the labor situation at West Coast ports and make sure they fully understand the economic impact when ports aren’t operating at full efficiency.

“Our hope is that the mediator will bring the sides closer together,” he said Thursday, according to an audio recording of his address at the Port of Houston provided by the Agriculture Department.

The agreement comes as congestion at ports on the West Coast has continued to grow. The Marine Exchange of Southern California said there were 17 containerships waiting for berths outside the Ports of Los Angeles and Long Beach on Tuesday morning and as many as 20 on Saturday.

There were nine containerships at anchor outside of the ports of Tacoma and Seattle on Monday, a similar number for the prior several days. One ship, the YM Wealth had been waiting to berth since Jan. 17, said John Veentjer, executive director of the Marine Exchange of Puget Sound.

The PMA’s spokesman Gates said that ILWU “slowdowns continue at the ports, as they have for months.”

PMA says productivity at West Coast ports has dropped sharply since November and released graphs on Friday indicating that: