The Pacific Maritime Association, which represents employers in their contract talks with the International Longshore and Warehouse Union is accusing the union of initiating “orchestrated slowdowns at the Pacific Northwest ports of Seattle and Tacoma, severely impacting many of the largest terminals during the peak holiday shipping season.”

The PMA-ILWU Contract expired on July 1, 2014 and negotiations began May 12, 2014.  It has been nearly half a year for the Union and PMA to continue to disagree.

The PMA is accusing the ILWU for reneging on a comment that was agreed upon by both parties this summer:

“While there will be no contract extension, cargo will keep moving, and normal operations will continue at the ports until an agreement can be reached.”   “Both sides understand the strategic importance of the ports to the local, regional and U.S. economies, and are mindful of the need to finalize a new coast-wide contract as soon as possible to ensure continuing confidence in the West Coast ports and avoid any disruption to the jobs and commerce they support.”

The PMA goes on to state that the ILWU has started to target select terminals in Tacoma and the Port of Seattle, by slowing down terminal productivity by an average of 40-60%.  “For example, terminals that typically move 25-35 containers per hour were moving only 10-18 containers, according to statistics compiled by the PMA, which tracks historical productivity based on the number of containers moved per hour for each vessel at the same terminal.” [American Shipper] 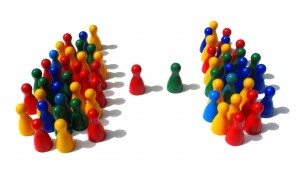 Continue to read more about how the ILWU is causing slowdowns at the ports and reguses to agree to a temporary contract extension:

The organization said, “After several days of crippled productivity, employers demanded that union leaders return to normal workplace practices. When the ILWU refused by continuing its severe slowdowns, employers were forced to begin sending workers home, paid for time worked, mid-shift on Sunday.”

Gates said, “In Tacoma, the ILWU is not filling orders for skilled workers, including straddle carrier operators, who are critical to terminal operations. This is like sending out a football team without the receivers or running backs. You can’t run the plays without them.”

He added, “We have been told that ILWU business agents sent the slowdown orders out late last week.”

The PMA said that it has long been a union tactic to dispute “the existence of slowdowns.”   The employer group pointed to a 2002 article in the Los Angeles Times, “The Fine Art of the Slowdown,” about what it called a “long-refined practice, which the union has historically used to try to gain leverage in contract negotiations. Often, the ILWU will make false or exaggerated claims of safety issues in order to justify unilateral actions that have repeatedly been found to be in violation of the coast-wide contract.”

The PMA noted that during the negotiations, the ILWU “has refused to agree to a temporary contract extension — which it has agreed to during past negotiations — because such an extension would give both parties access to the well-established grievance procedure that has served the waterfront for decades. Jointly appointed arbitrators have continually found slowdowns on the waterfront to be impermissible, but with no contract extension in place, employers cannot access the arbitration process.”

Gates said the PMA is issuing a call to the union “to cease its slowdowns and agree to a temporary contract extension while we negotiate a new contract.” He continued, “the union’s agreement to a contract extension would give confidence to shippers and the general public, and would prove our willingness to solve our differences at the negotiating table, rather than by staging illegal actions at the docks.”

Gates said that while it is difficult to have “meaningful negotiations” currently because of the union’s tactics, the PMA “remains committed to good-faith bargaining until an agreement can be reached.”

He continued, “We urge the ILWU to rethink their slowdown strategy, which has the potential to cause great damage to the local, regional and national economies. It is essential that we resolve our differences at the negotiating table, rather than on the job site.”

The PMA made no mention of actions in other ports, but some shipping executives have said chassis roadability inspections have been intensified recently in the Port of Los Angeles and Port of Long Beach, and that they believe this is part of a campaign to put pressure on the terminals during contract negotiations.

Bobby Olvera, Jr., president of ILWU Local 13, defended the inspections last month in a forum where terminal issues were discussed. He said the inspections were started three years ago, were created through an arbitration process, and have reduced the amount of debris such as mudflaps and chassis legs littering highways out of the port. He said recently the union has begun asking truck drivers to get out of their trucks during the inspections because “we had a truck driver’s clutch pop while a mechanic was underneath his chassis inspecting the tires, and the chassis lurched forward, and the man was almost crushed.”