Members of the International Longshore and Warehouse Union (ILWU), who work at grain elevators in the Pacific Northwest, have voted 1,475 to 193 in favor of a contract with Louis Dreyfus Commodities, United Grain Corp. and Columbia Grain.

The agreement with the Pacific Northwest Grain Handlers Association ends a lockout at Portland’s Columbia Grain and Vancouver, Wash.’s United Grain facilities that had been going on for more than a year. ILWU members had continued to work at the two Louis Dreyfus facilities in Portland and Seattle without a contract. ILWU members will return to United and Columbia on Wednesday.

The last contract between the three companies and the Pacific Northwest Grain Handlers Association expired in September 2012. ILWU members were locked out of the United Grain facility on Feb. 27, 2013, after the company claimed an investigation showed a union member sabotaged equipment. Columbia locked out workers on May 4, 2013.

The new contract could also affect an agreement the ILWU has with TEMCO, which has facilities in Portland; Tacoma; and Kalama, Wash., as that agreement has a provision (similar to a “most favored nation clause” in a trade treaty) to adjust the contract if the other companies reached more favorable terms.

Details of the agreement were not provided beyond the employers saying it ensures operations will run smoothly and allow terminal operators to remain competitive, while providing well-paid employment to ILWU members. The union noted all picketing has ceased and the parties have agreed to drop all pending National Labor Relations Board and other legal actions associated with the dispute.

The ILWU had previously reached agreements with EGT in Longview, Wash., and Kalama Export Co. The other terminals wanted contracts that were as favorable as those agreements so that they could effectively compete with those elevators.

The agreement with the grain handlers is separate from the contract that the union has with the Pacific Maritime Association (PMA) which covers  nearly 20,000 longshore workers at 29 West Coast ports. That contract expired July 1, and the ILWU and PMA have suspended talks several times in recent weeks so that the union leadership could work on the grain contract. 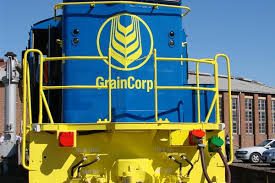