Officials from the ports of Los Angeles and Long Beach are again considering whether to implement container dwell fees at their respective terminals. If initiated, the dwell fees would tangibly impact carriers for the first time since their announcement in October of 2021.

Officials have pushed back the fees month over month since their first announcement. According to port leadership, the threat of fees has continued to push parties to move their containers away from terminals. But dwell times have lengthened recently. Now, the ports are mulling the first actual enforcement of the policy. The fees could dramatically affect costs and operations at the nation’s busiest port complex.

While carriers will receive these fees, we expect that most will pass on the cost to shippers – costs that could snowball quickly for those whose containers are buried or inaccessible.

The ports of Los Angeles and Long Beach have deferred dwell fees for the better part of a year. However, the status quo may change. Now is the time to secure demurrage services and communicate with your ocean carrier about whether they will pass on fees. Contact your Scarbrough International and Scarbrough Transportation representatives for further assistance. 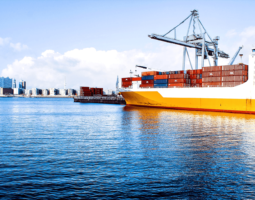