While the Biden administration and other supporters laud the new law as a chance to combat pandemic-era shipping costs, detractors have called it an overreach and mischaracterization of the industry.

FMC Expansion: The primary mechanism of OSRA 2022 is its expansion of the FMC. According to reports by JOC.com and others, the commission will receive funding to expand its staffing. With more hands on deck, the FMC will have the capability to carry out the law’s mandates.

New Rules for Carrier Export Practices: The COVID-19 pandemic has put American exporters in a jam – carriers have often prioritized loading empty containers for quick turnaround on the other side of the Pacific. OSRA 2022 aims to counter this conundrum. According to JOC.com, the FMC will have a six-month window to set up new rules prohibiting carriers from refusing negotiations and services to exporters.

Coastal/Inland Cooperation: Reports state that OSRA 2022 will pull together officials from the FMC, Department of Transportation, and U.S. Maritime Administration. The three agencies will cooperate to more effectively move containers inland for storage and free up space on the coasts. The group has a 90-day window to carry out its goal per OSRA 2022.

OSRA 2022 brought out a rare showing of bipartisan congressional support. According to Reuters, the bill passed the House of Representatives with a lopsided 369-42 vote in favor. But not all are happy with the legislation.

A report from Transport Topics states that members of the World Shipping Council (WSC) are displeased with the new law. Carrier representatives from the WSC are quoted as saying the OSRA 2022 is a “mischaracterization of the industry” and “inflammatory rhetoric”.

We expect to see enforcement changes at our nation’s ports this year as OSRA 2022 gets its foothold. How those changes may affect daily operations for shippers remains to be seen. As new rules and procedures develop, Scarbrough International will be ready to share the details and prepare our clients. 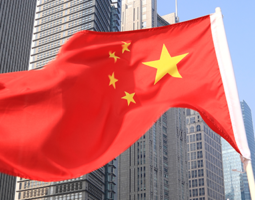