For shipments that are on the water on or after June 30, 2016, CBP ports will no longer be required to send requests for liquidated damages (LD) claims to Headquarters for review, and the “three-strikes” approach to LD claims against importers’ bonds will also end. There is no change to cargo holds for ISF non-compliance; ports may hold cargo instead of (or in addition to) initiating LD claims.

What does this mean? 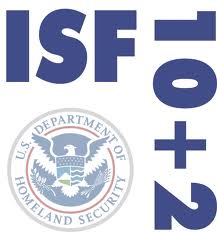 Tighter enforcement of the importer security filing requirement beginning June 30 could result in an increase in penalties or cargo holds at some ports and may also present a challenge to small and new importers.

Under the ISF rule, importers and maritime cargo carriers must submit additional cargo data prior to lading goods on board vessels destined to the U.S. customs territory. Importers have to report 10 data elements on each ISF or five for shipments consisting entirely of freight remaining on board cargo or goods intended to be transported in-bond as an immediate entry or transportation and exportation entry. CBP’s goal is to have all data elements filed 24 hours prior to lading, but it allows for some flexibility either in timing or interpretation for six of the data elements.  Scarbrough currently files ISF 72 hours prior to loading.

In 2014 CBP adopted a revised enforcement strategy for the ISF-10 requirement that provided for discretion at the port level based on infrastructure and staffing resources (i.e., cargo holds vs. liquidated damage claims). Under this strategy CBP has given at least three warnings to violating importers before pursuing LD claims against their bonds (the so-called three strikes approach). Ports were advised to focus enforcement actions on the most severe violations; i.e., significantly late or missing ISFs, which are subject to penalties of $5,000 to $10,000 each. Under this strategy ISF filings after arrival are always late and exposed to both LD claims and ISF holds.

CBP now states that for shipments that are on the water on or after June 30 :

(b) the three strikes approach to LD claims will end.

CBP notes that there is no change to cargo holds for ISF non-compliance and that ports may hold cargo instead of (or in addition to) initiating LD claims.  To get news like this in your inbox daily, subscribe to the Sandler, Travis & Rosenberg Trade Report.

If you have any questions regarding this matter, you may send them to security_filing_general@cbp.dhs.gov or email info@scarbrough-intl.com