The Jones Act, a regulation from the 1920s, requires that goods shipping from one American port to another be transported on a ship that is American-built, American-owned, and crewed by US citizens or permanent residents.  According to Vox.com, The Bush administration issued Jones Act waivers after Hurricane Katrina, The Obama Administration issued a more limited waiver after Hurricane Sandy, and just recently President Trump issued Jones Act waivers for Hurricane Harvey.

According to the New York Times,

“It is an act of justice. It will allow Puerto Ricans to rebuild and to have a cost of living that really frankly is affordable,” Carmen Yulín Cruz, the mayor of San Juan, said on CNN on Thursday. 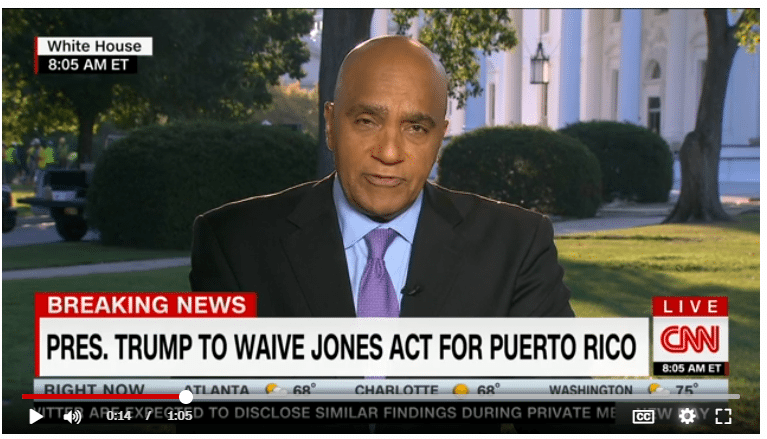 CNN.com Reports more. Click on the image to watch video.

Residents of Puerto Rico, Hawaii and Alaska, are all interested in repealing the law altogether to drive down their import costs, which are passed on to the consumer. The original goals for The Jones Act were to protect American control over local water, and to support our own maritime industry.