Justice Department said sentence is first against an executive in its roll-on/roll-off shipping investigation. 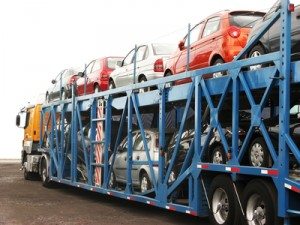 The U.S. Justice Department’s investigation of price fixing in the roll-on/roll-off shipping industry has resulted in the sentencing of a “K” Line executive to 18 months in a U.S. prison.

The sentence, imposed Friday, was the first against an individual in the department’s international ro/ro ocean shipping investigation. Previously, three corporations have agreed to plead guilty in charges growing out of the investigation and to pay criminal fines totaling more than $136 million: “K” Line, $67.7 million; NYK, $59.4 million; and CSAV, $8.9 million.

Hiroshige Tanioka, who was at various times an assistant manager, team leader and general manager in “K” Line’s car carrier division, conspired to allocate customers and routes, rig bids and fix prices for the sale of international ocean shipments of ro/ro cargo to and from the United States and elsewhere, including the Port of Baltimore, according to a one-count felony charge filed Friday in U.S. District Court for the District of Maryland in Baltimore.

DOJ said Tanioka participated in the conspiracy from at least as early as April 1998 until about April 2012.

“For more than a decade this conspiracy has raised the cost of importing cars and trucks into the United States,” said Assistant Attorney General Bill Baer for the Justice Department’s Antitrust Division, in a statement. “Today’s sentencing is a first step in our continuing efforts to ensure that the executives responsible for this misconduct are held accountable.”

Pursuant to a plea agreement, which was accepted by the court Friday, Tanioka was sentenced to serve an 18-month prison term and pay a $20,000 criminal fine. He also agreed to assist the department in its ongoing investigation into the ocean shipping industry.

Tanioka was charged with a violation of the Sherman Act, which carries a maximum sentence of 10 years in prison and a $1 million criminal fine for an individual. The maximum fine may be increased to twice the gain derived from the crime or twice the loss suffered by the victims of the crime, if either of those amounts is greater than the statutory maximum fine.