Many Kansas City area businesses may be eyeing foreign markets for expansion but don’t have the information or experience needed to take the global plunge.

That’s where civic leaders think a new designation can help. 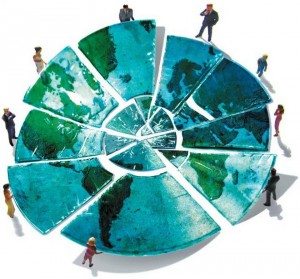 Membership in the Exchange, limited to 28 cities, allows Kansas City businesses to get access to Brookings data and peer group information about international markets.

The initiative is designed to provide more opportunities for local companies to share exporting and financing expertise among themselves as well as build on the experiences in other Exchange cities.

“From the grass roots, this gives us an intelligent client base that knows the Global Cities Initiative name,” said Kevin Ekstrand, a customs broker and vice president at Scarbrough, a Kansas City logistics company.

Building the export market for area companies was a strategy identified by a broad, long-range effort, KC Rising, that was introduced in November. That commitment helped Kansas City make the Exchange’s membership cut.

It’s one of a “growing group of U.S. metro areas that understand the need to embrace the global market to remain competitive in the 21st century economy,” said Marek Gootman, director of global initiatives at Brookings.

Other area organizations with participation in the Exchange include the Civic Council of Greater Kansas City, the Kansas City Area Development Council, KC SmartPort and the Mid-America Regional Council.

Brookings research has shown that Kansas City has not grown as fast as its peer cities in terms of export growth.

Chamber chief executive Jim Heeter, speaking to about 75 people who gathered for the announcement, thanked Brookings and JP Morgan Chase for recognizing the area’s willingness to “think above the state line” and “readiness to position itself as a globally competitive place.”