Kansas City Southern Railway appears to be on track to grab business generated by BMW’s planned $1 billion plant in Mexico.

BMW will join the ranks of numerous carmakers, including Ford, GM, Honda and Mazda, that have boosted production in Mexico over the last decade, as Asian labor and transportation costs rise. Mexican auto production in the first half of the year rose 7.4 percent to 1.6 million units, with roughly half of them headed to U.S. dealerships, according to the Mexican Automobile Industry Association. 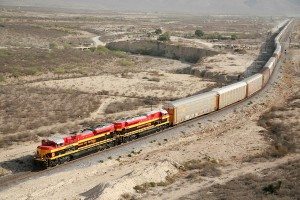