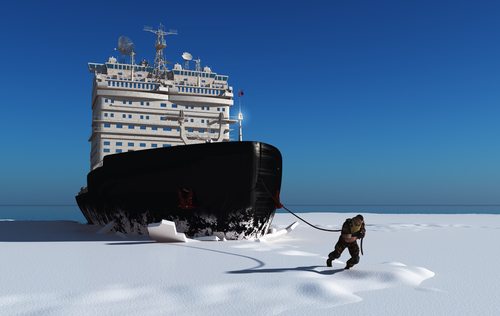 The Copenhagen Business School recently completed a study on the feasibility of utilizing the Arctic Ocean for trade between northern Europe and the Far East.  Their findings show that the current rate of decay of the ice coverage in the Arctic will allow for the passage to be opened up for commercial viability by the year 2040.

The major advantages of the Arctic route would include:

Despite the possible advantages, some disadvantages remain:

If the current trends that global warming are having on the polar ice caps continue, the realization of this route could come sooner than anyone expected.