The Trans-Pacific Partnership is the biggest trade issue on the horizon for Congress but will not likely take center stage until well into 2016. In the meantime, lawmakers are moving to advance other legislation affecting customs, trade and transportation issues.

Ways and Means. New House Ways and Means Committee Chairman Kevin Brady, R-Texas, said this week that his priorities will include tax reform and expanding trade. “We will pursue modernizing America’s outdated international tax rules to stop foreign competitors and foreign governments from gobbling up the jobs and profits of American businesses,” he said, indicating a particular interest in finding a way to repatriate an estimated $2 trillion in U.S. corporate profits that remain overseas. On trade, Brady reserved judgment on the TPP, stating that he intends the committee to examine this agreement “closely and transparently … to determine if it achieves the high ambition set forth” in the trade promotion authority law Congress passed earlier this year. He also pledged to advance “an ambitious trade agenda that creates opportunities for American workers, farmers and local businesses to sell their products and services to every corner of the globe.”

Trade Subcommittee Chairman Pat Tiberi, R-Ohio, who lost to Brady in the race for committee chair, has elected to leave that post to head up the Subcommittee on Health and will be replaced by Rep. Dave Reichert of Washington, which is heavily involved in foreign trade. Reichert said his top priorities will include reviewing the TPP as well as the Transatlantic Trade and Investment Partnership and the Trade in Services Agreement, which are still under negotiation. According to a Politico article, Reichert also said lawmakers are continuing to discuss “whether to move forward with a legislative conference to reconcile the House and Senate versions” of a customs reauthorization bill. 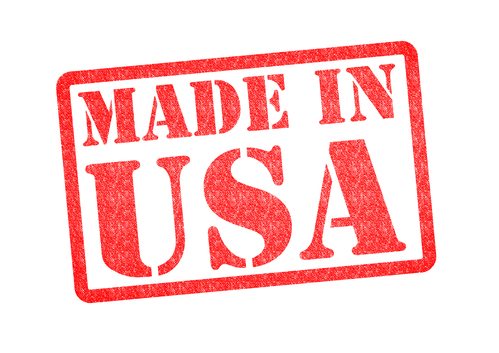 “Made in USA” Labeling. The Senate Committee on Commerce, Science and Transportation ordered to be favorably reported Nov. 18 the Reinforcing American-Made Products Act of 2015 (S. 1518). According to a press release from bill sponsor Sen. Mike Lee, R-Utah, this bill would ensure that the federal government maintains authority in setting country-of-origin labeling standards and that states do not create a patchwork of different standards governing interstate and exported goods. The measure appears to be a response to a California law that imposed stricter requirements than those imposed by the Federal Trade Commission for labeling products as having been made in the U.S., although Gov. Jerry Brown signed into law Sept. 1 legislation easing those requirements.

Ex-Im Bank and Freight Transportation. The House of Representatives approved Nov. 5 a surface transportation bill (H.R. 3763) that includes a reauthorization of the Export-Import Bank, which provides financing for exports of U.S. goods. The Senate previously passed a similar bill, and the two versions will now have to be reconciled in conference before a final measure can be sent to the president for his signature. Press reports indicate that this process could be concluded by the end of November.

One of the provisions that lawmakers will be discussing whether to retain is a multimodal freight grant program approved by the Senate. Supporters said this program “is the first-ever grant program focused solely on freight and would fund railway, seaport, and highway projects such as

IUU Fishing. President Obama signed into law Nov. 5 the Illegal, Unreported and Unregulated Fishing Enforcement Act (H.R. 774). A White House press release states that the U.S. will now “join a global effort to ratify and implement the Port State Measures Agreement, which will prevent vessels carrying fish caught illegally from entering our ports, keep illegal product out of the market and demonstrate our continued leadership in the global fight against IUU fishing.” The press release notes that 25 countries must sign this agreement for it to take effect and that 14 have now done so, although the U.S. has already implemented most of the measures outlined in the PSMA domestically.

The press release adds that the White House will also continue working with Congress to strengthen domestic enforcement authorities to address illegal fish and fish products that have already entered the U.S. supply chain, noting that U.S. fisheries law does not currently provide the tools needed to address imported seafood and fishing violations.