Lawmakers on Capitol Hill should extend the Generalized System of Preferences for 10 years, far more than toughly two-and-a-half year extension approved by committees in both chambers, said a researcher with the conservative Heritage Foundation. In fact, a long term extension for GSP outweighs the importance of retroactivity, said research associated Ryan Olson on April 27.

The GSP renewal bill, which moves though committee as part of a broader preference package in recent days, would extend the GSP programs through 2017. The legislation would also retroactively cover all imports since the programs expiration in mid-2013 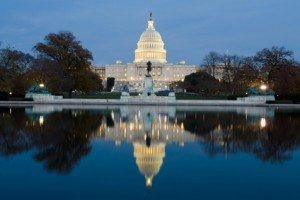 Retroactivity aims to preserve participation in the program for those who already use it, but recent lapses and habitual short-term renewals are preventing new companies from importing eligible products, said Olson. “Retroactive renewals has generally not featured long extensions” said Olson in a review of the recent history of GSP renewals. “Since retroactive renewals requires that importers be refunded for duties paid during the program lapse, this generally limits the revenue flexibility that Congress has to renew the program from a longer period of time.

Congress has not given GSP a ten-year renewal since the program’s inceptions in 1974, and the vast majority of the renewals extended the program for five or less years said Olson. “this uncertainty, along with faults in other parts of the program’s design, has led to stagnation of GSP imports over the past few decades, particularly if excluding mineral oil products, which have been one of the largest components of imports”, he said. “The ideal situation would be for both a retroactive renewal and a long-term renewal. If both are nor possible, Congress should opt to renew GSP for the long term.”

A think tank (or policy institute, research institute, etc.) is an organization that performs research and advocacy concerning topics such as social policy, political strategy, economics, military, technology, and culture. Most policy institutes are non-profitorganizations, which some countries such as the United States and Canada provide with tax exempt status. Other think tanks are funded by governments, advocacy groups, or businesses, or derive revenue from consulting or research work related to their projects.

Scarbrough International its not part of a Think Thank organization.