Port Hueneme is not facing the logjam from the ongoing longshoremen’s labor dispute that is crushing the large container ports on the West Coast, but the situation is still having a negative impact, Port Director Kristin Decas said.

Hueneme is a small port located in Ventura County, about an hour north of the sprawling marine container complex in San Pedro Bay, which primarily handles vehicles, bulk agriculture and general cargo.

“It’s very difficult to land new cargo deals because you can’t get manning hours because there’s no contract. We’ve had some import opportunities out there, but there’s no certainty what those manning hours are going to be so the shipper is not willing to make a business deal in that uncertain environment,” the Port Hueneme CEO said Thursday in an interview during an American Association of Port Authorities’ seminar in Tampa, Fla. 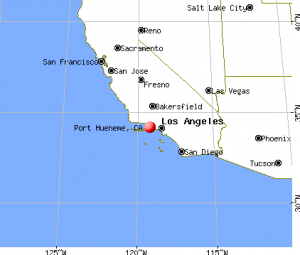 Shippers are not going to negotiate new transport contracts with ocean carriers through the port until the labor standoff between the International Longshore and Warehouse Union and waterfront employers is resolved, she added.

There is little tangible evidence of cargo delays at Port Hueneme, but everyone on the docks is still feeling palpable tension as the coastwise negotiations drag into their eighth month, Decas said.

Many shippers are diverting containerized cargo to other ports to avoid the congestion on the West Coast. The port director said the real threat is not that cargo is being temporarily re-routed through East Coast or Gulf ports, but that it may be diverted to ports in Mexico and Canada “and you might not get that back for a while.”

Decas, who also serves as AAPA’s chairman, said the port advocacy group recently wrote President Obama to appoint a federal mediator and has urged both sides to quickly reach an agreement because ports around the country realize that “our industry as a whole doesn’t benefit when one important piece of it is not doing well. East Coast ports also wonder whether a poor outcome on the West Coast might impact the negotiating posture of the International Longshoremen’s Association with East Coast terminal operators and carriers when their master contract expires in a few years, she suggested.

Serious congestion at the ports of Los Angeles and Long Beach pre-dates the labor dispute and Port Hueneme could be part of the solution, Decas told American Shipper.

Some of those containers could be shipped by sea up the coast and offloaded in Hueneme to relieve pressure on port and urban infrastructure in the Los Angeles basin, Decas claimed.

“In the long-term it could be domestic feeder services. That’s a very realistic possibility,” she said. “We’d be able to handle the flow with a lot less impact.”

Trucks would then get the containers out to distribution centers.

Another way Port Hueneme can help with the congestion is to pick up more niche business such as “high-and-heavy” cargo and automobiles from Los Angeles and Long Beach, which will free up capacity there to focus on the main container trade, Decas said.