Made in America, Focus on Iowa

The forum was part of the “Made in Rural America Export and Investment Initiative,” which is built to help rural businesses with investment opportunities and access to new markets to generate economic growth and jobs.

Michael Forman stated that part of their efforts included, “the unprecedented trade agreements being negotiated with the Asia-Pacific region and the European union, which will unlock opportunity for Iowan farmers, businesses, families and entrepreneurs by knocking down barriers to Iowa’s largest export markets.  This will enable them to sell more exports to the world stamped with three proud words: 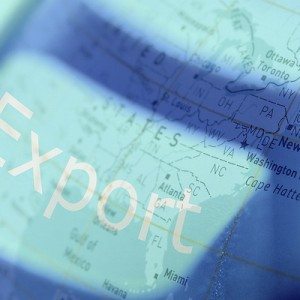 At the heart of the Obama Administration’s trade agenda are the Trans-Pacific Partnership (TPP), which will give the United States premium access to the fast-growing economies of the Asia-Pacific, and the Transatlantic Trade and Investment Partnership (T-TIP), which will greatly enhance America’s trade relationship with the European Union.

These agreements hold tremendous promise for rural Americans, and they will unlock opportunity for Iowans by removing barriers to Iowa’s four largest export markets: Canada, Mexico, Japan, and the European Union. What’s more, 60% of Iowa’s exports ($8.4 billion) already go to TPP countries.  And 16% of Iowa’s exports ($2.2 billion) already go to T-TIP countries.  Finalizing both agreements will strengthen Iowa’s ability to sell Made-in-America exports across the world and bolster American competitiveness in the global economy.

To Learn more about how you can be involved with Exports,