Maersk and MSC Join Together

The Federal Maritime Commission has just approved an alliance that will link the two biggest container-shipping companies in the world (in terms of capacity).  That’s right — Maersk Line and Mediterranean Shipping Co (MSC) have signed an agreement, effective October 11, 2014, to share vessels across the world’s ocean trade routes, although “it is expected that the parties will start their operations under the agreement in January 2015.” (WSJ) 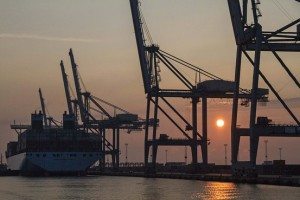 According to the Wall Street Journal,

“Four of the five commissioners voted in favor of the alliance and one voted against, a person familiar with the matter said Thursday.

Commissioner William Doyle said his concerns about unfair competition and price controls on freight rates had been addressed after talks with the two shipping operators.

Click here to learn more about the Maersk / MSC Alliance.

Click here to learn about their competition, the Ocean Three Alliance.