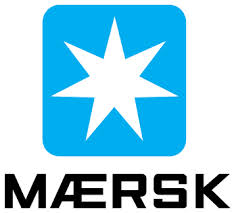 Maersk Line, Ltd., the U.S.-flag shipping arm of Maersk, has paid the federal government a civil settlement $8.7 million over government allegations that Maersk failed to fully comply with certain terms of a contract with the United States Transportation Command (USTRANSCOM) for moving cargo to Afghanistan.   Under Maersk’s contract with USTRANSCOM, the Department of Defense used Maersk to ship cargo from the United States to military outposts in Afghanistan. Maersk moved cargo by sea and then by trucks, often traveling in remote areas where enemy combatants and criminal entities were active in delivering shipments.   The government said USTRANSCOM discovered that some claims submitted by Maersk contained suspicious signatures. Further investigation revealed that signatures purporting to verify receipt of shipments in Afghanistan were forged. USTRANSCOM’s review uncovered 277 instances in which such claims were falsely made.   James Philbin, vice president and general counsel for Maersk in the U.S., said the $8.7 million is the value of the lost freight and transportation. Some of the cargo was shipped through the port of Karachi and then trucked to Afghanistan, some moved by air, and some was transported from Latvia to Northern Afghanistan by rail and truck, when the Pakistan border was closed.   He said none of the containers contained munitions, but were mostly commissary items.   Philbin said in the case of cargo that moved through Pakistan, cargo would be given to drivers who went as far as the Afghan border, and they then had to transfer the cargo to Afghan drivers; Maersk drivers were not permitted to cross the border. While the whereabouts of the missing cargo is not certain, he said it appears that instead of being driven to military bases, the cargo was stolen and thieves forged the signatures of military personnel who were supposed to receive the shipments.   “I would note that to its credit, Maersk was cooperative in the investigation. Aside from these containers, Maersk has successfully delivered thousands of shipments during the war effort. Maersk’s overall conduct reflects a stronger performance and greater diligence than the relatively small amount of non-compliant warzone shipments would suggest, but, as I have noted, even a small amount of overall fraud becomes a huge waste of tax dollars, and I will not tolerate any such waste,” said Stephen Wigginton, U.S. Attorney for the Southern District of Illinois.   “One can clearly see that in contracts of this magnitude, even a small percentage of fraud amounts to significant loss of funds. By this and other ongoing investigations, I am putting these world-wide contractors on notice that my office will not tolerate any fraudulent, false or unwarranted billings to the United States and its client agencies,” Wigginton added.   Maersk confirmed the settlement and noted that the 277 instances of missing containers and forged proof of delivery documents in Afghanistan amounted to far less than 1 percent of the total amount of transported containers for the military in Afghanistan.    The company said, “We have not acted fraudulently, nor is the settlement in any way an admission of any fraudulent behavior on our part.”   Maersk said it had established new and more thorough invoicing and documentation processes and did not expect the settlement would affect Maersk’s “continued good cooperation with the U.S. government.”