The House of Representatives just passed the Miscellaneous Tariff Bill Act which allows an amendment of the Harmonized Tariff Schedule of the United States (HTSUS) to modify temporarily certain duty rates through this bill also known as MTB or H.R. 4318.

The manufacturing industry is in hopes that the MTB and GSP renewal will be included as part of the latest plan to keep the government funded, and this topic was slated for the daily schedule for the Majority House on January 16, 2017.

According to Govtrack.com, the H.R. 4318 passed on January 16 and will move to the Senate for its next vote. 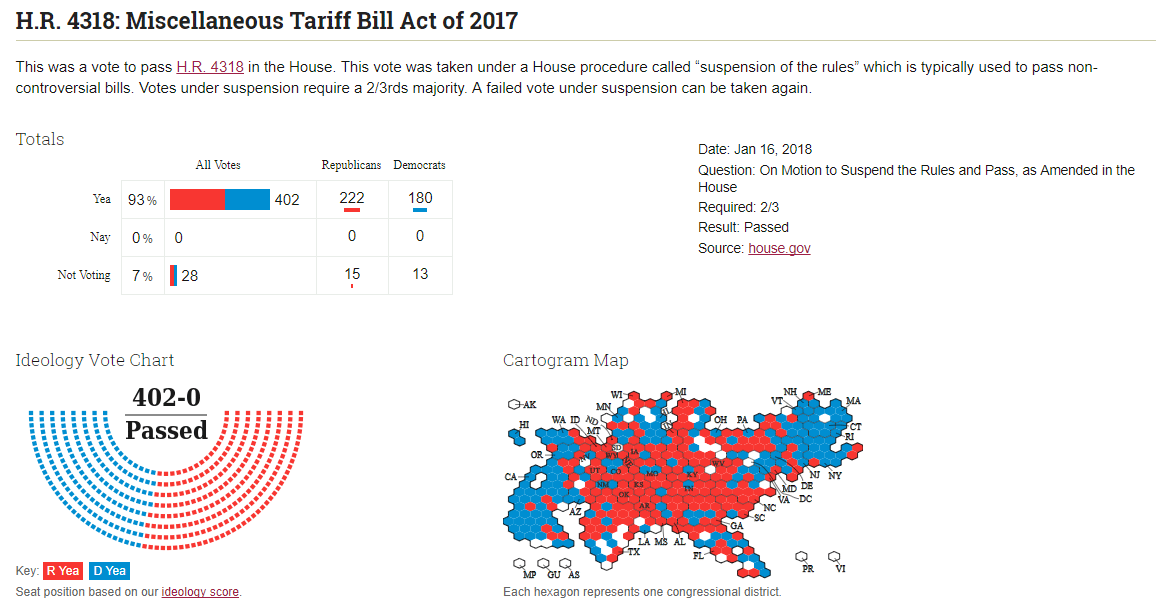 The last MTB expired in 2012 and significantly hurt manufacturers that are required to source their raw materials internationally, because there are no known sources of those products domestically.  This has forced duties and taxes on commodities that would have otherwise been duty free.  The National Association of Manufacturers (NAM), the largest manufacturing association in the United States, sent a letter to the House stating the following:

“The MTB or H.R. 4318 would eliminate on a temporary basis tariffs on imports of nearly 1,700 products not produced or available in the United States. The MTB corrects, on a temporary basis, distortions in the U.S. tariff code by eliminating duties on imported products for which there is no or insufficient domestic production and availability. Such distortions undermine the competitiveness of manufacturers in the United States by imposing unnecessary costs. While Congress had effectively addressed such distortions through the enactment of MTB legislation with strong bipartisan support for three decades, Congress has not passed an MTB since the U.S. Manufacturing Enhancement Act in 2010 expired at the end of 2012.

Since 2012, businesses have paid billions of dollars of tariffs on products not even made in the United States, to the detriment of good-paying American jobs and American competitiveness. The Miscellaneous Tariff Bill of 2017 will correct this problem and improve the competitiveness of manufacturers across America, particularly small- and medium sized manufacturers. The NAM estimates that this legislation would eliminate import tariffs of more than $1.1 billion over the next three years and boost U.S. manufacturing output by more than $3.1 billion.”

International Trade Today states that “The National Customs Brokers & Forwarders Association of America said in an email to members that it hopes an MTB and Generalized System of Preferences renewal legislation are included as part of a continuing resolution to keep the government funded beyond Jan. 19. ‘The trade community is closely watching the unfolding FY 2018 spending talks, since a compromise spending package may offer a vehi­cle for both GSP renewal and passage of’ an MTB, it said. ‘Lawmakers now acknowledge they will need to extend the CR once again—perhaps until mid-February or early March. Once an agreement is reached, however, trade leaders in Congress hope to quietly add GSP renewal and the MTB to the must-pass spend­ing package.’” 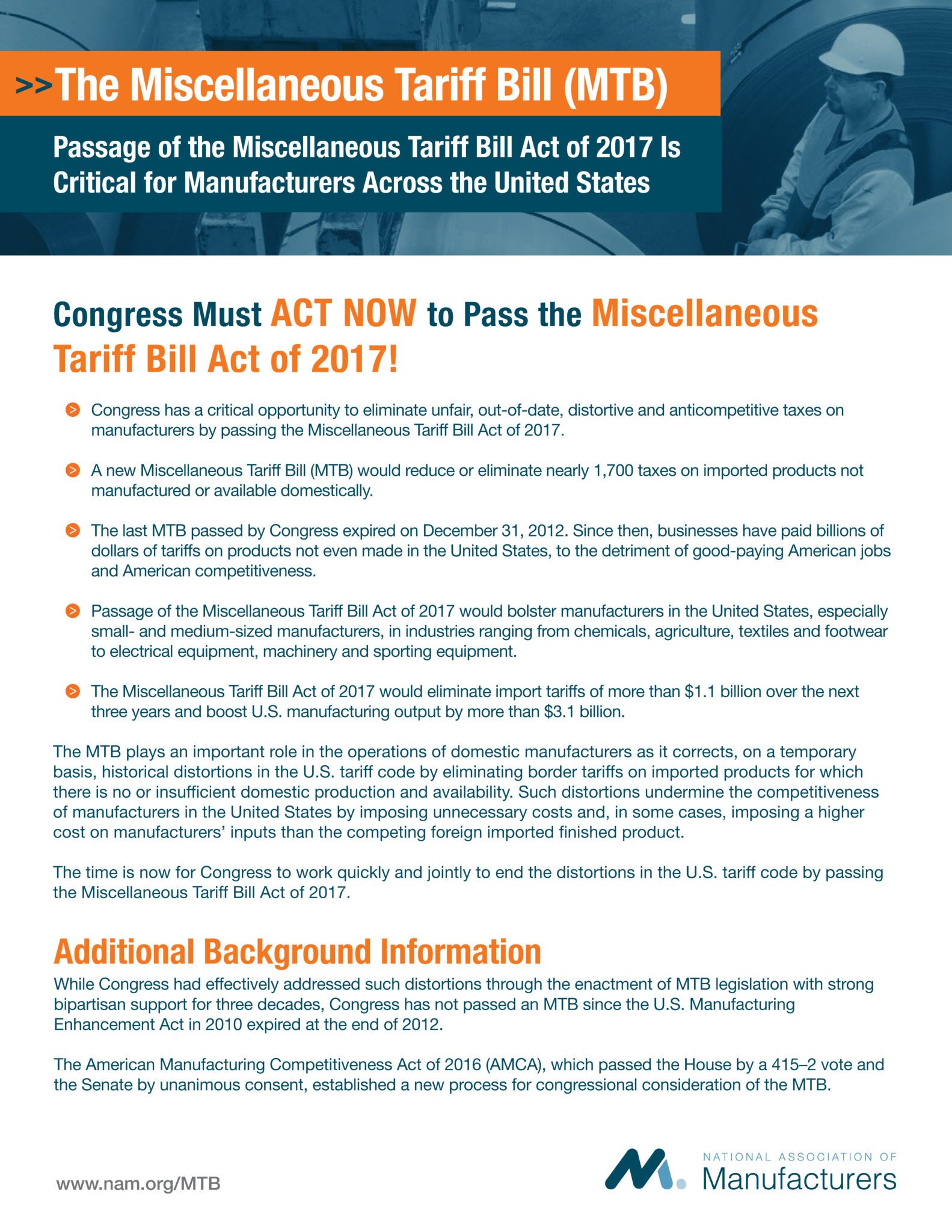