Gov. Jay Nixon today announced that the State of Missouri has signed a $300 million bi-lateral agreement with Peru. This marks the second trade agreement reached by the Governor during this week’s trade mission to emerging economies in South America. On Tuesday, Gov. Nixon announced a $750 million agreement with Colombia.

The trade agreement, witnessed by the Governor, was signed by Mario Ocharán, Deputy Director of Commercial Intelligence for PromPerú, Peru’s Export and Tourism Promotion Board, and Mike Downing, Director of the Missouri Department of Economic Development. Under the agreement, Missouri and Peru agree to trade a combined $300 million worth of goods over the next four years.

“Expanding markets for Missouri goods overseas is a proven strategy for creating jobs back home,” Gov. Nixon said. “This agreement with one of South America’s fastest growing economies will boost demand for Missouri products, create jobs and make our economy even more competitive in the global marketplace. We are grateful for the warm welcome our delegation has received both here in Peru and in Colombia, and the willingness of these leaders to partner with us to promote greater prosperity and free enterprise throughout the Americas.”

In addition to being briefed by U.S. Embassy officials and addressing business leaders at the American Chamber of Commerce Peru, the Governor also held meetings with high-level government officials including the Minister of Agriculture, Mr. Juan Manuel Benites; the Minister of Production, Piero Eduardo Ghezzi Solís, and Teresa Mera Gómez, Director of North America and Europe for the Ministry of Foreign Trade & Industry. Later today the Governor is scheduled to meet with Alonso Segura Vasi, Minister of the Economy. 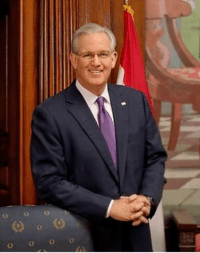 Last August, Missouri was awarded a competitive grant of $599,000 from the U.S. Small Business Administration to increase the number of Missouri small businesses that export their products, especially to emerging markets. The funding from the State Trade and Export Promotion (STEP) Grant Program focuses on helping incentivize Missouri businesses to focus their exporting targets on Colombia, Panama and Peru.

The delegation will return to the United States tomorrow (Feb. 5). Travel costs for Governor and Mrs. Nixon will be covered by the Hawthorn Foundation; state taxpayer funds will not be used.

Gov. Nixon has made creating opportunities for Missouri businesses to sell their products around the globe and promoting Missouri as an ideal location for investment by foreign companies a top economic development priority for his administration. The Governor has led successful trade missions to China (October 2011); Brazil (April 2012); the Republic of China (Taiwan) and the Republic of Korea (March 2013); western Europe (June 2014, March 2015 and June 2015); eastern Canada (March 2014); and western Canada (August 2015).