NAFTA at a Standstill

It appears NAFTA is at a standstill. See the latest news below.

Update from the North American Strategy for Competitiveness (NASCO) 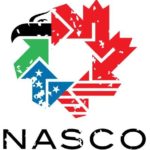 Our sources are reporting:

U.S., Mexican and Canadian trade ministers have agreed to delay the next round of NAFTA negotiations to work on bridging “conceptual gaps” exposed during talks that concluded today, U.S. Trade Representative Robert Lighthizer announced — saying he was “surprised and disappointed at the resistance to change.”

“We have seen no indications that our partners are willing to make any changes that will result in a rebalancing and a reduction in these huge trade deficits,” Lighthizer said. The next round, which had been tentatively set for the end of October or early November, will be held Nov. 17-21 in Mexico City, the trade ministers announced. They have also agreed to extend the talks into the first quarter of 2018.

Citing concessions agreed to by all three countries during Trans-Pacific Partnership talks, Lighthizer — flanked by his Canadian and Mexican counterparts — said the other countries have “rejected its text here” during the fourth round, held in Arlington, VA. “I would’ve thought by now we could’ve cleared chapters dealing with digital trade, telecommunication, anticorruption, and several of the sectoral annexes, for example,” he said.

Canadian Foreign Minister Chrystia Freeland, meanwhile, lamented what she called “unconventional” proposals that would “turn back the clock” and in some cases “run counter to WTO rules. This is troubling.”

Without naming the U.S., Freeland said a win for all three countries “cannot be achieved with a winner-take all mindset” that would “undermine” rather than modernize the deal.

Mexico’s economy minister, Ildefonso Guajardo, acknowledged disagreements and said “none of us want to end this process empty-handed.” “But, in order for the efforts of Mexico, the United States and Canada to be fruitful, we must understand that we all have limits,” he said. “Despite our current differences, we must ensure that the decisions we make today do not come back and haunt us tomorrow.”

Another Round Closes with Little Sign of Agreement (Reuters)

The Next Phase of NAFTA Talks (Politico)