The head of the biggest U.S. business lobby group, Tom Donohue, recently interviewed with Reuters about the NAFTA negotiations.  He mentioned that the NAFTA countries will come to an agreement before the new president of Mexico is elected, which is in July 2018.  “We’re not going to be fooling around with this deal in 2018,” he said.

According to Reuters, “Trump contends that Mexico’s growth as a manufacturing power since NAFTA took effect in 1994 has cost jobs in the United States. However, defenders of the deal say it has benefited all three nations and helped American firms compete globally. The U.S. government has yet to send a letter telling Congress that it intends to launch NAFTA negotiations in 90 days – the notification period required under the fast-track process – so the potential start of talks is now drifting into August.”  However, a draft letter with potential issues to be discussed has been formulated. 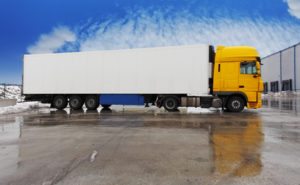 “(Trump) is looking at how to get things done,” he added. “And I can tell you that he wants to speed this thing up.”  [Reuters] President Trump and U.S. firms are on the same page in the fact they want to speed up the negotiations.  If they were to drag on, there would be some economic damage.

When asked if he thought a basic agreement on a reworked NAFTA would likely be in place by July 2018, Donohue said:

The bottom line is we need to move forward on this deal.

It is critical to our economic and geopolitical well-being. Period.”

“Mexico, which sends 80 percent of its exports to the United States, will hold its next presidential election in July next year. President Enrique Pena Nieto’s government is hoping to wrap up the NAFTA talks before it takes place.” [Reuters]