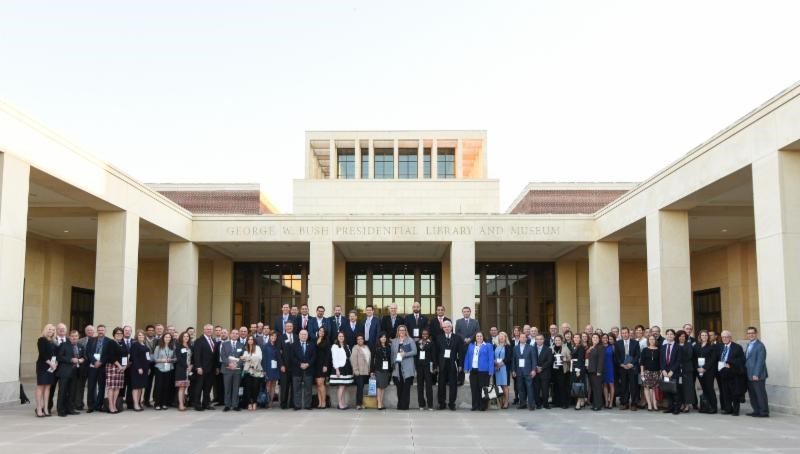 Many thanks to those who attended our 2016 NASCO Continental Reunion.
It was an amazing week traversing the DFW Metroplex — Billy Bob’s, Cowboys Stadium, and the George W. Bush Presidential Center.
Check out the conference highlights below! 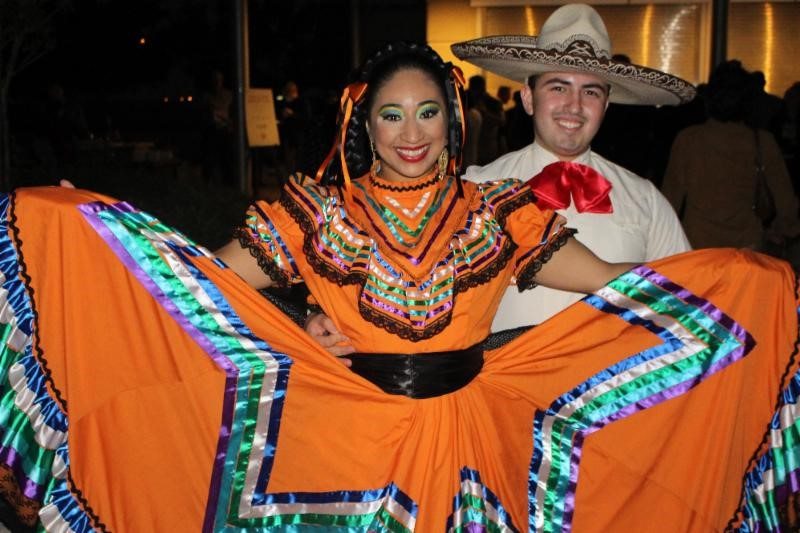 At NASCO, we call our annual conference a “reunion” because we truly do feel like one big NASCO family coming together!

Guests were welcomed to #NASCODFW2016 at a rooftop reception with traditional Mexican folklore dancers and lots of North American fellowship.

On Monday, November 14, the 2016 NASCO Continental Reunion kicked off with, Ambassador Gary Doer, a beloved friend of our organization (a lover of Texas!) and an unwavering supporter of North American cooperation. Doer has spent his career in public service as a leader, Member of the Legislature, Premier of Manitoba, and most recently as Ambassador of Canada to the United States.

Doer shared his views on moving North America forward the week after the U.S. Presidential election.  Doer was asked by the audience, “What is the future of the Beyond the Border initiative under the upcoming Trudeau/Trump relations?” He expressed optimism for the relationship to come.

The day was filled with with engaging panels on trade and emerging technologies. The events concluded with supply chain, energy, and workforce breakouts in the afternoon.

That evening attendees put on their boots at Billy Bob’s for some good ‘ole Texas style fun!

We were honored to have former President George W. Bush headline Day 2 of our NASCO Reunion at the Bush Center on Tuesday, November 15.

He delivered remarks about the prosperity and growth of the U.S. economy, and cautioned against allowing anger to dictate policy in the wake of a heated (U.S.) presidential race – especially when it comes to trade, an issue in the crosshairs of President-elect Donald Trump. “I understand anger, and some people might have been angry when I was president, but anger shouldn’t drive policy,” Bush said during a speech in Dallas.

“What should drive policy is what’s best for the people who are angry and how does it benefit people in our country and people in our neighborhood.” Any president, Bush said, should “recognize that trade encourages growth and fair trade is important for the workers of our respective countries.”

In the former President’s speech, George W. Bush states that (NASCO Member!) Scarbrough is just one example of a small business that has benefited from the North American Free Trade Agreement (NAFTA). In fact, Scarbrough has helped hundreds of other companies also benefit from NAFTA. Headquartered in the heart of America, Kansas City, Missouri – Roger and Jeannie Scarbrough founded the Scarbrough group of companies with a vision to be full service logistics providers to international and domestic supply chains. 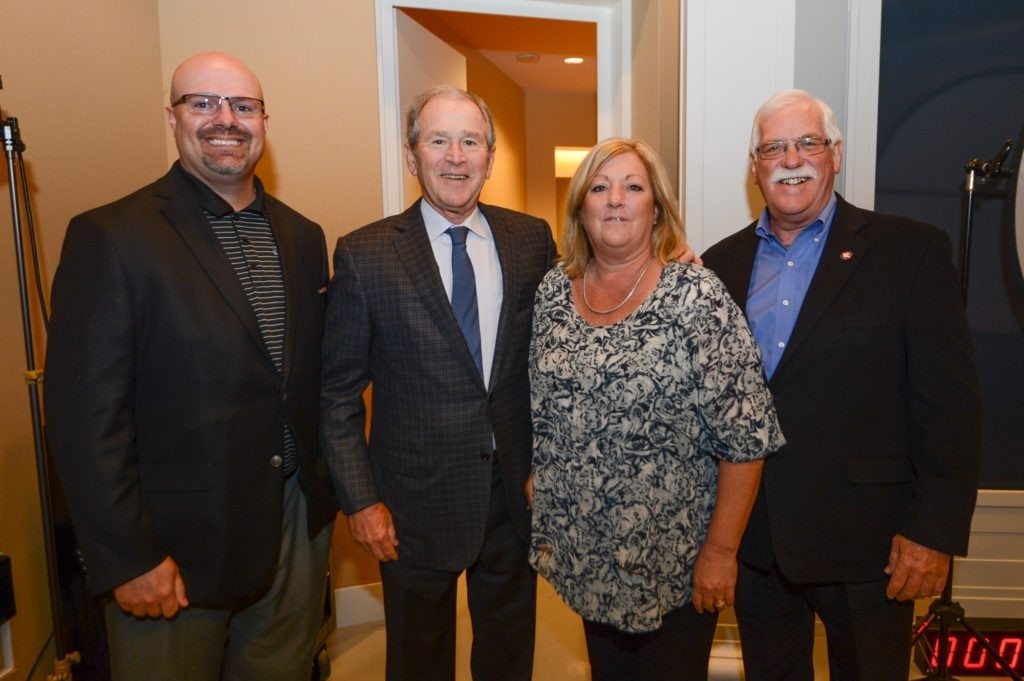 Following the President’s remarks, the Bush Institute’s Economic Growth program, which is focused on promoting rapid growth of the U.S. economy through free market policies, released new economic rankings for countries and trading blocs with an updated North America Competitiveness Scorecard, an online tool that benchmarks economic performance against other trade blocs and nations.

At our luncheon on Day 3, Robert Kaplan, President of the Dallas Federal Reserve Bank District 11 (which encompasses Texas, Southern New Mexico and Northern Louisiana) provided his views on the below items during a “Q&A” Session with (NASCO Board Member) Steve McElhiney, CEO of EWI Re, Inc. 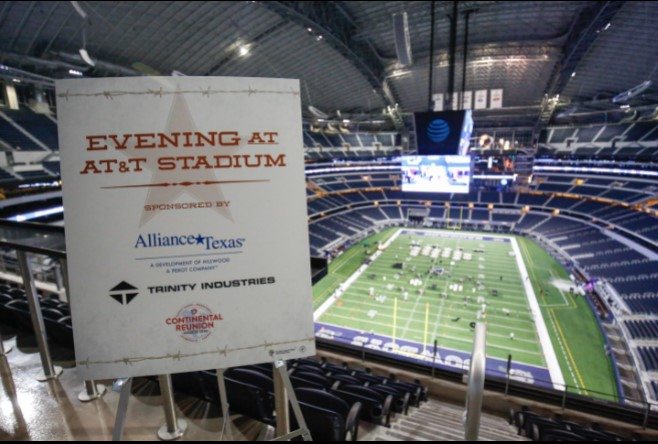 In true NASCO fashion, attendees closed the day on the Pepsi Platform at the AT&T Stadium, home of the Dallas Cowboys!

You can view the final program and presentations on our website here.

As your NASCO staff, this is such a special time of year to interact with you our members, partners and the local business community. A special thanks to our local DFW planning committee for sharing their valuable time and expertise for many months prior to the event – it takes a village! Thank you for helping make this the best NASCO Reunion yet.

A very special “North American sized thank you” to all of our wonderful sponsors – especially our leading sponsors Tarrant County, Hillwood Properties, Trinity Industries, IBC Bank and our hosts Tarrant County College District and the George W. Bush Institute. They provided countless hours of support and resources to make this reunion possible. And to the student volunteers from the University of North Texas and Tarrant County Community College – thank you!

NASCO is the only tri-national coalition representing the interests of government, industry, educational institutions, and individuals that are truly dedicated to the success of North America. Our members range from small businesses and local chambers to governments and large corporations. They all share one thing in common-they count on NASCO to be their North American voice. For more information on membership benefits and how you can support us, please contact us.