According to the Washington Post, “Kerlikowske has an extensive background in law enforcement. Besides serving as director of the Office of National Drug Control Policy since 2009, he was Seattle’s police chief for more than eight years. He also led police departments in Buffalo, Fort Pierce, Fla. and Port St. Lucie, Fla., in addition to working for two years as deputy director of the Justice Department’s community-oriented policing division during the Clinton administration.”

Mr. Kerlikowske will be the first permanent commissioner since 2011.

At a Jan. 15 hearing before the Senate Finance Committee, R. Gil Kerlikowske indicated that if confirmed as commissioner of U.S. Customs and Border Protection he will continue the agency’s focus on securing U.S. borders while also facilitating legitimate trade and travel.  Read more here 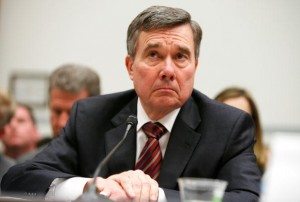