New Electronic Manifest for In-Transit Truck Cargo to be Tested

New Electronic Manifest for In-Transit Truck Cargo to be Tested 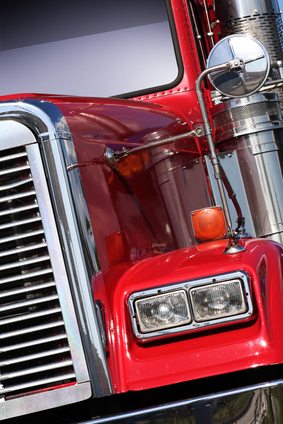 U.S. Customs and Border Protection is planning to conduct a pilot test of a new electronic manifest in the Automated Commercial Environment Truck Manifest System for truck shipments of commercial goods transiting from point to point in Canada through the United States.

This test will commence no earlier than May 27 and will run for approximately six months at the ports of Port Huron, Mich.; Pembina, N.D.; and Blaine, Wash. Participation is currently limited to nine Canadian truck carriers, each of which is a bonded carrier and a certified member of the Customs-Trade Partnership Against Terrorism.

The ACE Truck Manifest System enables these in-transit shipments to be filed under shipment release type 62 as transportation and entry in-bond entries, which includes a complete ANSI X12 manifest (referred to as a 309 manifest) with trip, shipment (including the value of the goods along with a description of the cargo and a Harmonized Tariff Schedule number to the six-digit level), conveyance, equipment, crew and passenger data.

Under the forthcoming test, participating truck carriers transporting such in-transit goods will be required to submit an e-manifest in the ACE Truck Manifest System under a new shipment release type 70 no later than 30 minutes prior to arrival in the U.S. Carriers will be required to submit the same set of data elements as on a 309 manifest, except that CBP will accept (a) a value amount of $2 per pound when the actual value is not available and (b) a precise description of the cargo rather than the HTS number.

The in-transit manifest will be processed and retained in ACE in the same manner as a type 62 manifest. When the shipment arrives in the U.S., CBP will generate a “transit movement authorized” message (referred to as a 350 message) that will be sent to the carrier.