Next Phase of CTPAT Portal 2.0 to be Deployed May 16

Next Phase of CTPAT Portal 2.0 to be Deployed May 16

U.S. Customs and Border Protection is preparing to deploy phase II of CTPAT portal 2.0 on May 16. Until that occurs, new CTPAT applications are not being accepted to prevent potential applicants from having to complete the security profile twice. 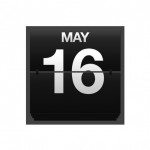 According to CBP, CTPAT portal 2.0 streamlines the CTPAT application process (including simplifying the security profile) and enhances account management tools. In phase I (deployed in December 2014) all active CTPAT users started managing their company information through one main account containing generic company information (called the trade account), and in phase II they will be able to merge multiple CTPAT accounts into the trade account to allow more efficient management of those accounts. Phase II will also offer the ability to establish relationships between CTPAT accounts that have different security standards and link accounts (such as manufacturer and importer accounts) in an organization tree.
{Photo source: Depositphotos.com/stockphotoastur}

CBP states that the Status Verification Interface is undergoing significant changes in portal 2.0. SVI numbers are being abolished and all current monitoring between partners is carrying over to portal 2.0. All future requests to monitor will be made and accepted within the CTPAT portal site similar to many social media sites, so email requests between partners will no longer be necessary.