Ningbo Truckers Strike, then back to Work

The strike brought by truck drivers at the port city of Ningbo which brought considerable disruption to local supply chains is over. 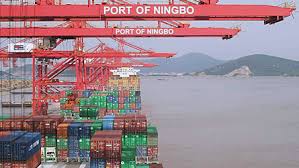 Reportedly, between 100-200 container truck owners at the Ningbo Port started a strike on August 19th morning that ended later in the afternoon. It reportedly only caused minor container transport delays.

The majority of the striking truckers, who were demanding better pay, came from smaller, independent trucking firms. Nevertheless, a number of ships were delayed in their departure as a result.

The truck owners were striking over trucking freight rates and claimed that the rate hadn’t been increased for eight years.  A representative of the Ningbo Container Transport Association, told the  truck owners that rates were slated for an increase of 12 percent, and there was a previously planned announcement set for August 22nd. Owners who had not been privy to this information before calling the strike, upon learning such, called for an end to the strike.