The Advisory Committee on Commercial Operations to U.S. Customs and Border Protection (COAC) just recently formed a working group to focus on creating a single window for the submission of trade data to the U.S., Canada and Mexico.
The minutes from the last COAC meeting indicate it has actively launched two (2) working groups* to forge a public/private partnership that will develop a strategic vision to enhance predictability, transparency and efficiency that is relevant in today’s progressive trade environment.  The initiative is to engage international and trade facilitation by encouraging replication of successful CBP and other programs abroad (e.g. single window, Customs Modernization Act, informed compliance, private sector engagement, account-based processing, risk assement) will be the focus.
On January 25, 2016, Sandler, Travis & Rosenberg Trade, goes on to state the following: 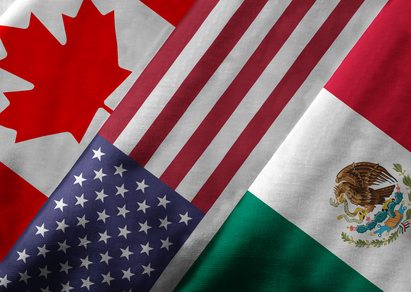 The group believes such a system could help increase regional trade and economic growth by aligning and simplifying import and export reporting processes and could enhance national and regional security by facilitating advance data reporting and information sharing. Other benefits could include minimizing the requirement for paper forms, promoting transparency and process predictability, and facilitating trade requirement compliance and enforcement.

Initial discussions suggest that the process of developing a common single window would be easier between the U.S. and Canada, where there are many similarities in the way that cargo data is gathered and processed in advance of arrival and how summary and payment is filed after arrival. The working group notes that in Mexico the full data set and payment are provided along with the arrival of cargo, which is significantly different from both Canada and the U.S.

There are also differences among the three NAFTA partners with respect to who is authorized to provide trade data. The working group notes that in both the U.S. and Canada manifest data can be provided by seemingly anyone but the carrier is ultimately responsible. Entry data into the U.S. must be provided by either an importer or a U.S.-based customs broker, and the importer is held responsible for the correctness of the data. In Canada there appears to be no clear definition of who can provide entry data but the importer is responsible for its correctness. Mexico’s requirements are seemingly even more restrictive than those of the U.S., the group adds, in that the broker must be physically located in the area of the importation and is responsible for the correctness of the data.

Mexico is the first country in North America to achieve a single window on the import side. Similar to other Single Window Initiatives (SWIs) such as the Automated Commercial Environment (ACE) in the U.S. and the Canadian SWI, the Ventanilla Unica Mexico serves as a portal for the international trade community to submit information. The government also receives benefits including better control and visibility into imports and exports. [source]