After marking time for several years, an ambitious project to build a mega deep-sea container port at a greenfield site in Sydney on Cape Breton in Nova Scotia appears to be gaining traction though key pieces of the puzzle still need to fall into place. And it has a new name: Novaporte together with an adjacent logistics park called Novazone. Both are conceived to operate within a Foreign Trade Zone.

The re-branding for a highly-automated facility was announced in mid-February by Harbor Port Development Partners (HPDP) and the Port of Sydney. Subsequent new developments have followed.

“The name reflects the international nature of our project,” said Albert Barbusci, chief executive of HPDP. “Nova is Latin for new and port is spelled with an E to recognize that this will be both a gateway and transshipment hub.”

The port has allocated nearly 2000 acres for development of the estimated $1.2 billion project. Dredging has been completed to 55 feet in the harbor so as to potentially accommodate ultra-large container vessels with capacities of 18,000 TEUs or more.

It remains to be seen when or how soon such behemoths will be trading on the North Atlantic between Europe and North America or between Asian ports and North American east coast ports via the Suez Canal.

But NOVAPORTE’s advocates see the terminal being vast enough to transfer and temporarily store the huge number of containers that a mega ship would deliver. The Port of Halifax, it is argued, cannot offer sufficient terminal space for such operations. In this scenario, Sydney would act as a mega-ship transshipment hub connecting with the main U.S. east coast ports unable to resolve all congestion or capacity issues.

On that occasion, Chang Yunbo, vice-president of the powerful Chinese enterprise, made this strong observation: “Given its strategic location, CCCC views Sydney’s deep water harbor as a potential game-changer for the North American eastern Seaboard.”

Important to note is the fact that the mega-terminal project is contingent on a feasibility study currently being undertaken by CCCC.

In an interview, Marlene Usher, chief executive of the Port of Sydney, indicated that CCCC officials were in Sydney for a week in March. “They met local engineering firms and toured the site. They also met waterfront labor.”

“Hopefully, the study will be completed by July and we will be able to fast-track construction for opening for business in 2019,” she said, adding that the process has been facilitated by regulatory approvals and constructive dialogue with local aboriginal communities.

Usher acknowledged that the project has not yet secured a cargo carrier or a terminal operator. A financing package is another hurdle to be overcome. Sydney port officials are convinced that all ducks will line up once a compelling business case is made.

Another significant component would be linking the terminal by double-stack rail to central Canada and the U.S. Midwest. This would require upgrading, at a cost exceeding $30 million, of a shortline spur (Cape Breton and Central Nova Scotia Railway) owned by Genesee and Wyoming, which would connect with the CN main network. Exploratory discussions with the two railway concerns have reportedly yielded no commitments thus far.

Meanwhile, no new developments have recently been publicly announced by a rival project in Nova Scotia – the proposed Maher Melford International Terminal at the Strait of Canso. In the works since 2005, this $350 million project ostensibly remains on hold. While it has received some investor support and gone through the regulatory procedures, it is still looking for a firm commitment from a major container shipping line. 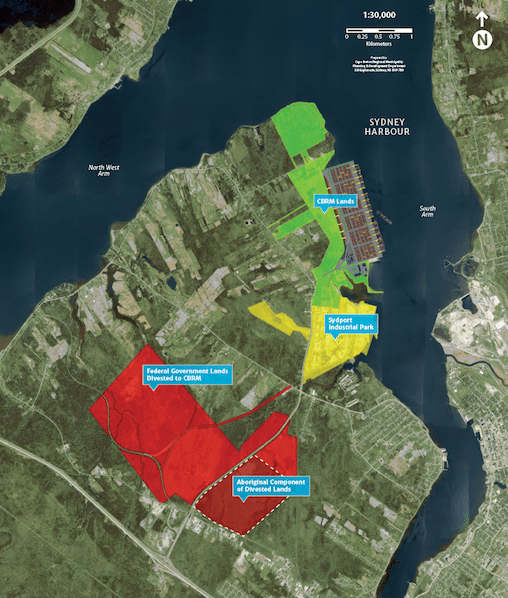