The port says terminals may extend hours for another month to deal with pre-Lunar New Year volumes.

The Port of Oakland says new Saturday and Sunday gates are putting a dent in what it says has been “an extraordinary cargo buildup.”

More than 1,000 U.S. import containers have moved out of its marine terminals every weekend for the past month, the port said Monday.

“The weekend moves are only a fraction of what we send out the gates Monday through Friday, so they’re not the complete answer to our big buildup,” said Port Maritime Director John Driscoll. “But every little bit helps while we’re working to keep cargo flowing.”

The largest marine terminal operators at the port have opened weekend gates since Thanksgiving, the port said, calling it an unusual move precipitated by an unprecedented cargo surge in Oakland.

Oakland said import volume has increased in each of the past three months compared to previous year totals; the results reflect: 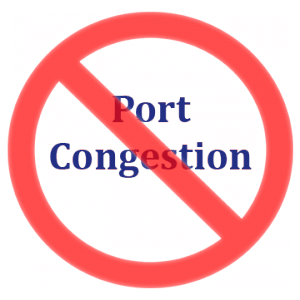 Oakland said three to nine vessels anchor in San Francisco Bay every day awaiting berths and that “it sometimes takes truck drivers several hours to get through weekday terminal gates.”

“A series of measures has been introduced at the port to manage the volume,” the port continued. “Express lanes now expedite simple trucker transactions. Daily status updates advise cargo owners on peak periods for container pick-ups. Traffic-control officers manage lines that build up outside terminals.”

Opening on the weekends is not a simple task, according to the port.

“Customs inspections must be arranged to clear cargo for pick-up. Extra cargo handlers are needed to load containers onto truck trailers. Clerks have to be hired, as well, to process imports before they’re sent out the gates,” the port said. Terminals, it added, “are expected to continue moving containers on Saturdays and Sundays while demand persists. That could be another month as U.S. shippers import cargo before Lunar New Year factory shutdowns in Asia.”