Obama says TPP Deal to close before end of 2015

Obama says TPP Deal to close before end of 2015

Excerpt from American Journal of Transportation  |  By: Reuters | September 16, 2015

U.S. President Barack Obama said he was confident Pacific Rim nations could nail down an agreement on a free-trade pact this year although approval by the U.S. Congress was not guaranteed.

Speaking to a group of corporate executives, Obama said trade ministers should have an opportunity to close a deal on the Trans-Pacific Partnership in the next several weeks. 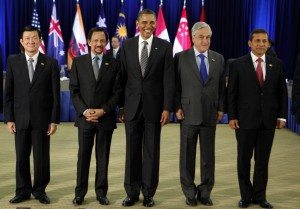 He added, however, that U.S. lawmakers might not sign off on the pact even though they have given him authority to speed trade deals through Congress.

“The politics around trade are tough,” Obama said.

The TPP, a centerpiece of Obama’s push to reassert U.S. economic power in Asia, would link 12 nations stretching from Japan to Chile that account for two-thirds of the world economy and one-third of global trade.

TPP trade ministers failed to clinch a deal at a meeting in late July, but they have said an agreement was within reach, despite some remaining thorny issues in some sectors such as autos and dairy.

Obama said the ministers should be meeting again sometime in the next several weeks.

“I’m confident that it will, in fact, accomplish our central goal, which is to make sure that we’ve got a level playing field for American businesses and American workers in the fastest growing region of the world,” Obama said.

More on closing the deal before the end of 2015 by Sandler, Travis, and Rosenberg