The Olympics – A Logistical Challenge

The Olympics among other world events are all logistical obstacles and a true supply chain is put to the test.  “At $51 billion, the Sochi Games [In Russia] are the costliest ever, surpassing the $40 billion spent by China on the 2008 Summer Olympics.” [Source] “Dmitry Kozak, deputy prime minister in charge of Olympic preparations, has argued that the $51 billion number is misleading. Only $6 billion of that is directly Olympics-related, he says; the rest has gone to infrastructure and regional development the state would have carried out anyway. That may be true, though it’s hard to imagine the Russian government building an $8.7 billion road and railway up to the mountains without the Games.”

Logistically-speaking, a road needed to be built in order to bring in millions of people to an isolated resort town such as Sochi. Building the infrastructure for the Games was definitely a challenge in this location.  “One of the things logistically challenging about Russia and Sochi is that from a marketplace point of view there is no Home Depot here, no Costco here, no city industrial base or any kind of base to draw from,” John Fritsche said. [Source] John Fritsche is NBC network’s senior VP for Olympic Operations and is in charge somehow with making the logistics work.  In order to broadcast and make the Olympics what they are today, NBC has to bring everything into Sochi, then turn around and ship it back to the United States.  Ocean freight was shipped via Instanbul, and Air freight via Moscow.  More logistical challenges arrive when it comes to shipping to final destination of Sochi, which is off the “beaten path.”  NBC Production costs will exceed over $100 million, which is a big difference when compared to the last winter games in United States’ neighbor, Vancouver, Canada. 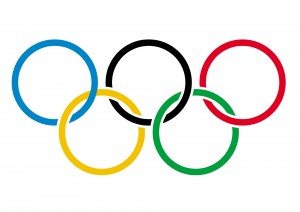 So, next time you are watching the Olympics or any other World Event for that matter, and you wonder, “How did they put this whole thing together and how must did it cost?” Think about companies like Scarbrough International, Ltd.  It takes a number of service providers from large multinational companies to small, local service providers to make events like these happen.  Never underestimate what we can do!