Excerpt from American Journal of Transportation | By: Reuters | Aug 13 2014

Unionized port workers and a group of Pacific Northwest grain companies reached a tentative contract agreement, according to an announcement on Tuesday, a deal that will soon ease a backlog of shipments from the biggest U.S. West Coast grain terminal.

A federal mediator announced the tentative agreement, and a spokesman for the Pacific Northwest Grain Handlers Association later confirmed it.

“We’re pleased to have a settlement and get back to normal operations,” Pat McCormick, a spokesman for the grain handlers, told Reuters on Tuesday. The International Longshore and Warehouse Union (ILWU) was not immediately available for comment.

The groups have been bargaining for more than two years under the auspices of the Federal Mediation and Conciliation Service. The tentative agreement is subject to the ratification of ILWU membership, Scot Beckenbaugh, FMCS’s acting director, said in a statement.

Tensions mounted over the past month when state officials stopped inspecting grain at the Port of Vancouver in Washington, a facility owned by United Grain, a unit of Japanese trading house Mitsui & Co Ltd.

Inspectors could be back on site as soon as Tuesday, McCormick said. 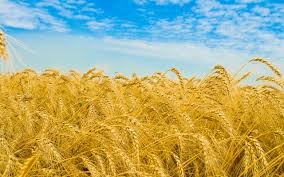 United Grain had commitments to ship nearly 20 million bushels of grain in August, which included 2.8 million bushels rolled over from July as shipments backed up after the state government withdrew police protection for inspectors to cross the union’s picket line.

The backlogs threatened to worsen when record-large corn and soybean harvests start arriving to PNW export terminals in the coming month.

McCormick could not provide details of the contract ahead of a union vote on the pact, which is expected in the next couple weeks.

The Port of Vancouver USA in Washington state is the largest of nine grain export facilities on the Pacific Northwest and moves nearly 20 percent of the region’s wheat, corn and soybean exports and more than 40 percent of the grain destined for Japan. About a quarter of all U.S. grain exports are shipped out of the Pacific Northwest, second only to the Gulf. (Reuters)