The event is June 26, 2016.
Only 20,000 tickets available.
15,000 tickets were given in Panama City, and 5,000 at Panama’s FTZ in Colon.
Each ticket is linked to one individual person with fingerprint proof of identity and maximum security.

Starting at 4:00 am on Sunday, June 8, 2016 — Lines started forming to solidify a spot to witness history in the making for the upcoming Panama Canal inauguration on June 26, 2016.

The Panamanian Government limited the event invite to only 20,000 people.  Tens of thousands of people waited as the doors opened to solidify their place.  Tickets where given to each individual with maximum security, implementing a background check, verifying the individual’s police record and fingerprint proof of identity. Each ticket is linked to each individual, meaning no one else can use it.  Scarbrough is excited to be there!

Scarbrough will be reporting LIVE

at the Panama Canal Inauguration.

More than 100 neopanamax vessel reservations have been made for commercial transit via the Canal.  Scarbrough will be there to watch as the first shipping vessel, China Cosco Shipping Panama, formerly named Andronikos, which holds 9,472 TEU, makes its way through the Canal.  The new vessel was constructed and launched in January 2016.

Originally named Andronikos, the vessel was renamed by China COSCO Shipping to pay respect to the people of Panama and in honor of the inaugural transit. This ship was selected during a draw for the inaugural transit through the expanded waterway. Coincidentally, the ship was built in Hyundai Samho Heavy Industries Co., Ltd, the same company that constructed the valves that control the flow of water through the new locks of the Canal. [source]

The Panama Canal will open its locks to 14,000 TEU after 9 years of expansion and improvement.  For the past 102 years, the old locks would only allow vessels that could carry up to 5,000 TEU to pass through.  This will be a moment in history you won’t want to miss.  Follow Scarbrough to capture the experience on your behalf. 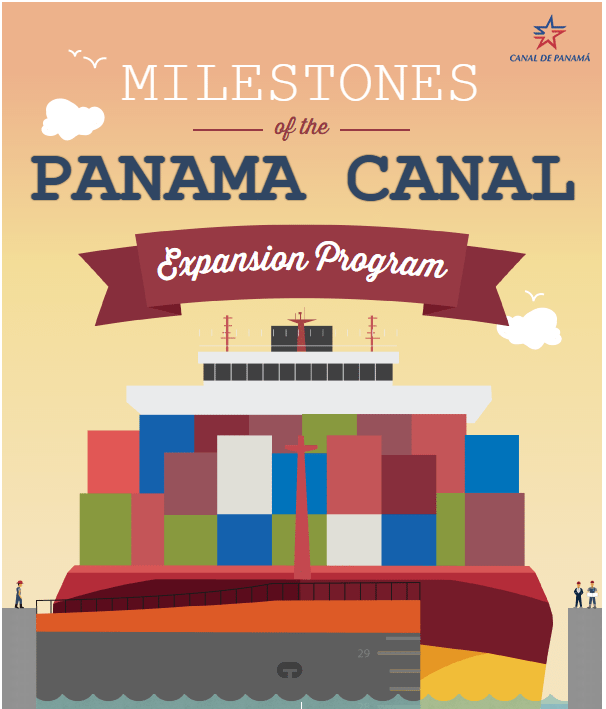