The Panama Canal Authority just recently announced its plans for a new toll structure that is scheduled to go into effect in April 2016.

The project has been delayed at least 18 months by a myriad of issues including:

The delays have pushed the cost of the project from its original $5.2 billion estimate to more than $7 billion in the eyes of some analysts. 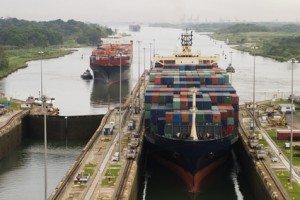 The new locks are expected to open to vessel traffic in the first quarter of 2016.

Panama Canal officials face the challenge of figuring out how much toll increases the market will bear given new competition from the Suez Canal and Nicaragua’s recent decision to begin construction of a new Atlantic-Pacific shortcut that some estimate will cost at least $50 billion.

Tolls could also influence the calculation shippers make about whether to reach the U.S. East Coast from Asia using the intermodal land bridge from West Coast ports.