The Pacific Maritime Association said an “unwavering demand” by the International Longshore and Warehouse Union to have the right to fire arbitrators that rule against the union “threatens to sink” West Coast port contract talks.

The union and the PMA did not meet over the weekend or on Monday. Monday afternoon an ILWU spokesman said the union was willing to resume negotiations immediately.

PMA, which represents ILWU employers, said the union’s demand “would give the ILWU veto-power over arbitrators’ rights to prevent Union slowdowns, and in so doing would threaten the consistent and reliable movement of cargo through West Coast ports.”

PMA said the ILWU was found guilty of more than 200 slowdowns or work-stoppages during the 2008–2014 contract period.

“The same arbitrators who have ruled against the ILWU are the ones being targeted by this latest contract demand,” the PMA said.

“The ILWU is essentially seeking the right to fire judges who rule against them,” said PMA spokesman Wade Gates. “The waterfront arbitration system is an essential check-and-balance against illegal labor actions. It would be reckless to allow a single party to change the rules as the union desires.”

ILWU spokesman Craig Merrilees called these statements by the PMA “inaccurate and misleading.”

The PMA said, “ILWU slowdowns have crippled major West Coast container ports since late October 2014, and employers have had little recourse because the union refused to sign a contract extension that would preserve the arbitration system during negotiations. Typically, while a contract is in place, disputes between the parties are brought before one of four arbitrators who each oversee a geographic region. The contract’s no-strike clause is frequently relied upon in these cases.

“Waterfront arbitrators rule quickly, meaning that disputes can be addressed promptly and port operations can resume without lengthy disruption,” the association continued. “During the 2008–2014 contract, arbitrators presided over more than 250 labor disputes involving allegations of union slowdowns or work stoppages, and employers won more than 85 percent of those cases.”

“We’ve seen the impact of ILWU slowdowns in every recent contract negotiation,” Gates said. “The only reason those slowdowns don’t happen all the time is that arbitrators are able to order the ILWU back to work. If the ILWU has the right to continue slowdowns as a way of life without recourse, the impact on the waterfront could be catastrophic.”

“Currently, once an arbitrator has been hired, he can be removed only by mutual consent of the parties,” added PMA. “The ILWU is seeking to change this provision so that either party could remove an arbitrator at the end of any contract. PMA strenuously objects to this attempt to damage the system that has protected the waterfront for decades.” 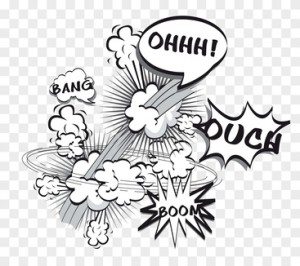 The PMA submitted a contract offer on Feb. 4, 2015, after more than nine months of contract talks with the union. It said the offer would raise ILWU wages by 14 percent over five years, on top of current average full-time wages of $147,000 per year.

The contract would also maintain full employer-paid health care, worth $35,000 per year, and increase the ILWU pension to as much as $88,880 per year. Further, it would increase pay guarantees to 40 hours per week, and provide for ILWU jurisdiction over the maintenance and repair of truck chassis.

Jay Timmons, president and chief executive officer of the National Association of Manufacturers (NAM), called on President Obama today to increase pressure on the dock union and employers to reach a resolution.

But White House spokesman Frank Benenati said, “This dispute is up to the two parties to resolve at the bargaining table, and we urge them to do so as expeditiously as possible. We continue to closely monitor the situation.”

NAM said a study commissioned by it and the National Retail Federation found a ten-day lockout could cost the U.S. economy $2.1 billion a day.

Testifying today in Olympia before the State of Washington’s Senate Commerce and Labor Committee, Timmons said, “The slowdown at our West Coast ports slams manufacturers. You know this well.”

“The challenge of managing inventory has forced one global manufacturer with plants in multiple states to limit overtime for thousands of its employees in January and February – and in some cases, it’s eliminated overtime completely,” said Timmons. “That means millions of dollars in lost wages.”

Last week, radio station WWJ-AM in Detroit reported some auto manufacturers are flying in auto parts or curtailing overtime because of port congestion.

Timmons said, “The supply chain is being disrupted as well because we do have to source some products from overseas, even those productions that are built here domestically. So it is a two-way problem on this, it’s the problem of exporting and the problem of importing goods that we need to finish the product.”

Local 13 of the ILWU issued a press release today with photographs showing empty areas of terminals in Southern California that it says have space to accommodate containers and called on the PMA to resume the loading and discharge of containerships, which was suspended over the weekend.

Robert Olvera, Jr., president of Local 13 said in a press release that “PMA closed the ports of Los Angeles and Long Beach over the weekend alleging that there is no room for containers from ships waiting off-shore. These photographs demonstrate that PMA’s premise appears to be a fabrication.”

“By attempting to simulate a crisis, PMA and its foreign-based members are trying to hurt ILWU members through contract concessions and retailers who will have to bear a ‘congestion fee’ that will be passed off to consumers. Everyone loses except PMA’s foreign-based shipping companies who will rake American worker, retailer and U.S. consumer sacrifices as profits abroad. We call upon our elected officials to look into this attempted travesty upon the local and national economy.”

But PMA said this afternoon that a similar press release issued last week by the ILWU was accompanied by photographs “purposefully selected to give the false impression of the critical state of port operations.”

It said specifically, “one of the union’s photographs is not an active shipping terminal, but is an area at the Port of Seattle slated for extensive renovations in preparation for larger ‘post-Panamax’ ships that are now calling on West Coast ports.” Others “show areas that are temporarily empty because containers have just been loaded onto ships, naturally leaving those holding areas vacant until the next ship arrives to unload.”