The Federal Maritime Commission released April 13 the first in a series of planned reports on U.S. port congestion, focusing on detention and demurrage charges for containerized imports and exports. This report is the result of four port congestion forums hosted by the FMC in 2014 as well as continuing complaints that vessel-operating common carriers and marine terminal operators are unfairly imposing these fees on importers, exporters and truckers for delays that are out of their control. 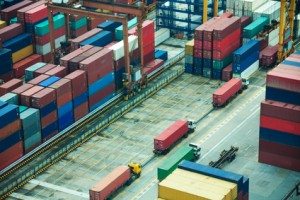 This report details possible actions that can be taken by (a) VOCCs, MTOs and port authorities to help minimize congestion and attendant demurrage and detention fees, (b) beneficial cargo owners and truckers, such as requesting informal mediation and administrative or court action, and (c) the FMC to acquire additional information to examine and address concerns relating to free time, detention and demurrage practices.

For example, the FMC may:

Other possible actions include the filing of petitions by the public seeking relief or affirmative action by the FMC and the formation of an advisory committee of representative stakeholders that would offer suggestions for FMC regulation of MTO and VOCC demurrage and detention rates, rules and practices.

The report does not recommend any particular action and the FMC has not authorized any action to be taken. Instead, the FMC states, industry stakeholders must weigh in and inform it as to the kind of action desired, if any.