Additional truck drivers are going on strike against drayage companies who work in and around the ports of Los Angeles and Long Beach. The drivers want to be recognized as employees and not as independent contractors.

The Teamsters Union and their affiliate Justice for Port Truck Drivers said on Monday drivers who have been on strike against Pacific 9 Transportation (Pac9) for 15 weeks have been joined by drivers from roll-up powerhouse XPO Logistics.

The Teamsters say drayage drivers are being misclassified as independent contractors instead of employees and that this “enables trucking companies to shift their business expenses on to the backs of low wage workers who are controlled by the trucking company that employs them. Predatory truck lease schemes bind drivers to their employer. Companies deduct the cost of diesel fuel, insurance, maintenance, parking, even the cost of printing paychecks, leaving drivers with very little or even negative paychecks.” 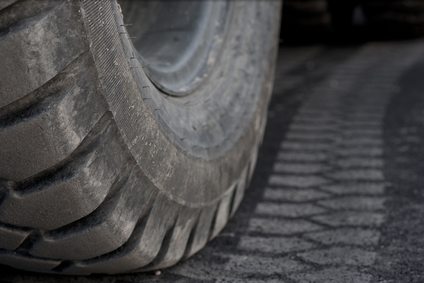 The union claims, “Studies have shown that the average port truck driver is subject to $4,000 per month, or $48,000 per year, in wage theft without the ability to fight back at their workplace.

LaBar pointed to a new study released two weeks ago from the California Trucking Association (CTA) and the Inland Empire Economic Partnership (IEEP) that found truck drivers who operate independently are able to earn more than employee-drivers.

The CTA said the study, conducted by expert supply chain economist John E. Husing, Ph.D., of Economics and Politics, Inc. found independent owner operators have the ability to earn up to six-figures with the median annual net earnings higher than their company driver counterparts.

“According to the study, independent owner operators earned $17,400 more than the median pay for employee drivers in California. The 2013 median net income for the independent owner operators was $59,478. In comparison, California Employment Development Department found that in 2015, company drivers attained median annual earnings of $42,078. Nationally, the U.S. Bureau of Labor Statistics shows 2014 median annual wages of employed drivers at $39,520,” said CTA.