According to Chris Dupin with American Shipper, “The Southern California port said last month it would consider reducing the amount of time import containers can be stored on docks without charge – also known as “free time” – in order to increase the velocity of cargo moving out of its container terminals.”  The Port is considering reducing free time from four days to six shifts instead.

“The reduction of free time is a significant change which must be carefully considered,” said LACBFFA.

The group noted that the number of terminals requiring truckers to have appointments before they can pick-up cargo will rise from five to 10 of the 13 terminals at the ports of Los Angeles and Long Beach next year.

The reason behind less free time is to relieve containers sitting at the terminals, since they don’t necessarily have the space for them, however many see this just as another ploy for revenue generation. 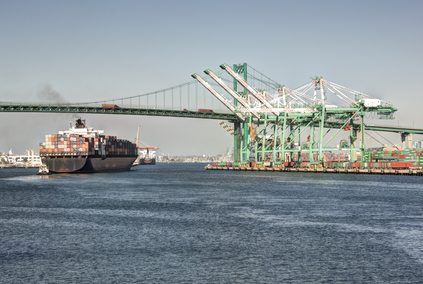 Most BCO’s don’t want their cargo to sit at the terminal either, so the LCBFFA argues that this is a proposal that definitely needs to be analyzed more.

The LCBFFA went on to say, “Those BCOs are unable [to pick up containers immediately] because of a lack of visibility to future cargo availability dates, and that they and their draymen “can only react to pick up after they have received notification that a container has been discharged,” LCBFFA argued.

“We believe that publicizing projected future container discharge, and where appointments are used, enabling appointments based upon this anticipated discharge is a better way to decrease terminal dwell time by reducing the dwell on the front end rather than the back end.”