Two U.S. senators on Wednesday said they want to raise the federal gasoline and diesel tax by 12 cents a gallon to prevent a fund that pays for about half of the country’s transportation projects from running out of money in August.  Republican Senator Bob Corker and Democrat Chris Murphy called for raising the tax 6 cents a year for two years and linking future fuel tax increases to inflation.

The gasoline tax is now 18.4 cents a gallon, and the diesel tax is 24.4 cents a gallon.  The tax has not been increased since 1993, and hiking taxes is politically unpopular ahead of midterm elections in November.

“I know raising the gas tax isn’t an easy choice, but we’re not elected to make easy decisions. We’re elected to make the hard ones,” said Connecticut’s Murphy in a statement. He and Corker proposed other tax cuts to offset the fuel tax hike, but made no specific recommendations. Another approach favored by some lawmakers to replenish the federal Highway Trust Fund is to give U.S. multinational corporations a tax break on bringing foreign profits into the country. President Barack Obama opposes this idea of a corporate offshore profit tax repatriation holiday, the White House said.

“The president does not support and has never supported a voluntary repatriation holiday because it would give large tax breaks to a very small number of companies that have most aggressively shifted profits, and in many cases, jobs, overseas,” White House spokesman Jay Carney said on Wednesday. Corporations lobbying Congress for the repatriation holiday suffered a setback last week with the defeat of House Majority Leader Eric Cantor, which undercut Republican support for controversial proposals.

Multinationals have sought for years to convince Congress to endorse the tax holiday, which would let them bring foreign profits home at less than the 35 percent top corporate income tax rate. This was attempted before in 2004 under former President George W. Bush, a Republican.  This time around, the holiday proposal was expected to resemble the 2004 version – a 12-month, 85 percent deduction for dividends paid by overseas units to U.S. parent corporations.

Congress’s non-partisan Joint Committee on Taxation estimated this structure would generate $20 billion in federal revenue as a burst of offshore profits flowed into the economy.  But after the holiday ended, the committee said, corporations would hold more foreign income offshore expecting another holiday later on. The committee estimated the long-term cost to taxpayers would be about $95 billion over 10 years. 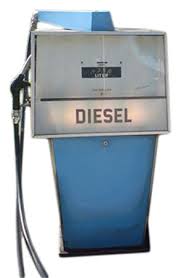