Pricing discipline the focus for carriers in cheap fuel market

Pricing discipline the focus for carriers in cheap fuel market

Airlines and trucking companies at Stifel Transportation and Logistics Conference said the value of a service can’t be undercut by the short-term impact of low fuel prices.

If there was a phrase to watch among speakers at this week’s Stifel Transportation and Logistics conference in Miami, it was “pricing discipline.”

Carriers across the spectrum of modes – from truckload to less-than-truckload to air – stressed that they would have to hold fast to rate levels in the face of intense competition and low fuel prices. 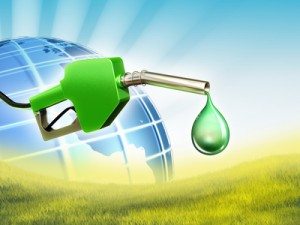 Paul Jacobson, executive vice president and chief financial officer of Delta Air Lines, stressed that lower fuel prices shouldn’t induce a carrier to devalue the price of its service. His example related to the value of a passenger seat: “the value of a seat has to be the same when fuel is at $50 (per barrel) as when it was when fuel was $100.”
{Photo Source: depositphotos.com/andreus}
Delta has turned things around financially in recent years, and part of the story, Jacobson said, was ensuring that cash flow has far exceeded capital expenditure. The norm for the airline business had been to take periods of strong cash flow and invest in lots of expensive new plane orders. Now the airline has been more frugal, searching for planes on the secondary market with 75 percent of their life ahead of them at a fraction of the cost of new planes.
While Jacobson’s focus on price discipline centered around passenger traffic, the lesson can stretch to airfreight and certainly applies to other modes.

“When you maintain service levels, you can maintain pricing discipline,” said Wes Frye, chief financial officer of the LTL carrier Old Dominion Freight Line. “Shippers don’t want a 30 percent discount, then a 35 percent rate increase with no difference in service.”

Indeed, the question for many over-the-road carriers is how they will react to lower fuel costs. For some, it means a hit on fuel surcharge revenue, and may force them to hold fast on rate levels. Other carriers may use lower fuel prices to drop rates in search of market share.
One major truckload carrier pointed out that lower fuel prices cut down on the number of bankruptcies in the industry, loosening capacity. But lower fuel prices also induce more consumer spending, which would tighten capacity, the carrier said.
How a carrier reacts to depressed fuel costs depends on a number of crucial variables: the carrier’s customer portfolio (primarily contract or spot rate); its desire to grow market share in one lane, region or across its network; and its ability to hedge fuel costs up and down to even out the impact on its business.
Either way, most carriers and brokers seem wary of the drop in fuel prices, seeing it as a very short-term phenomenon that shouldn’t unduly impact the operations of a well-run business in the long-term.